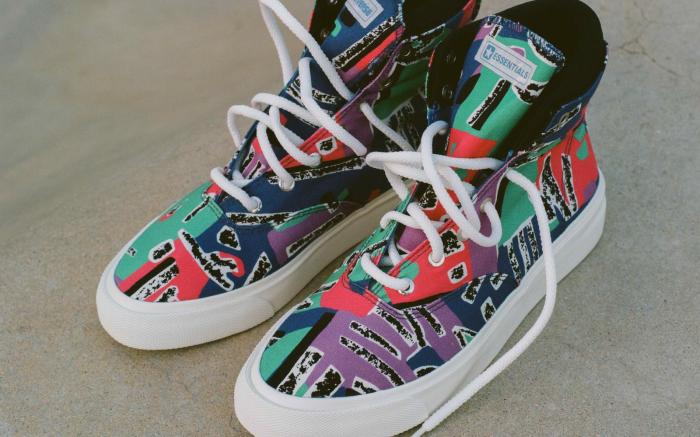 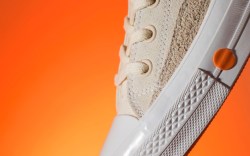 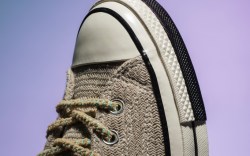 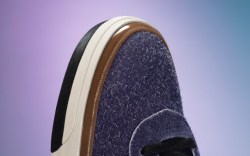 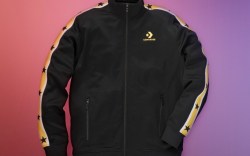 After 110 years, the Skidgrip is back in the Converse lineup thanks to a high-top collaboration with Jerry Lorenzo’s Fear of God Essentials.

Lorenzo himself became enthralled with the shoe when he moved from California to South Florida in the late ‘80s.

“I found the Skidgrip in the mall and it became my favorite shoe from that summer,” Lorenzo said in a statement.

Accordingly, Lorenzo picked the Skidgrip after rediscovering a vintage pair a few years back in Tokyo that invoked childhood nostalgia.

Lorenzo’s new take on the shoe will be co-branded by Converse and Fear of God Essentials to combine a fresh upper shine with an unmistakable pop of color with ’87 graphics. It will keep the elegance of the original shape and carry in similar bold colors to the 1987 High Top version.

The Converse x Fear of God Essentials Skidgrip releases Aug. 27 on Converse.com. Additional inline versions of the shoe will arrive in September.

Converse is known for its incredible collaborations of years past and most recently teamed up with photographer and artist Shaniqwa Jarvis to release their Chuck Taylor CX. Other big-name collabs include big-names include “Stranger Things” actress Millie Bobby Brown and in July they signed rising NBA star Shai Gilgeous-Alexander as an ambassador to the brand. They’ve also collaborated with other large companies such as the Los Angeles-based streetwear brand Rokit and Carhartt WIP.