These Players Have the Biggest Feet in the NBA 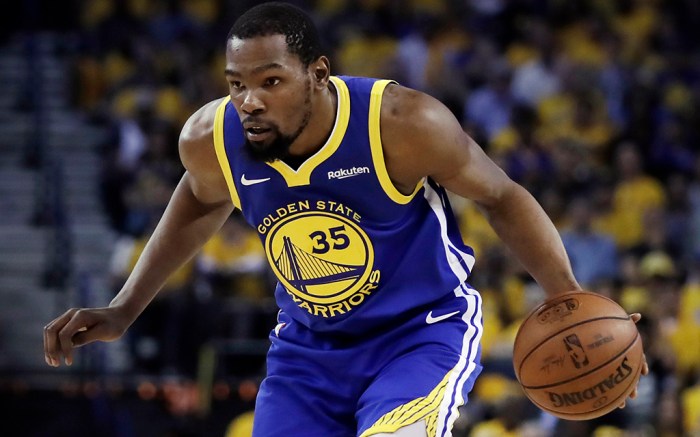 With so many players being over 6-feet tall, do you ever wonder who has the biggest feet in the NBA?  The average height of a man in the U.S. is 5 foot 6, but the average height of an NBA player in 2020 is 6 foot 6. And for some, that could mean their feet are larger, too.

NBA Playoffs are finally here after what feels like a long summer devoid of sports. The first round of 2020 NBA playoffs began Monday inside the league’s “bubble” at Walt Disney World Resort in Florida. The postseason is expected to end no later than Oct. 13, as long as the teams continue to avoid a COVID-19 outbreak within the NBA campus.

Here, we round up some of the biggest shoe sizes in the game.

Standing at 6 foot 6, Andre Igduola plays for the Golden State Warriors. For such a tall man, it’s not surprising that the basketball star wears a size 17 shoe. Igduola was drafted in 2004 to the Philadelphia 76ers, but now plays small forward and shooting guard for the Miami Heat.

He was also a member of the United States national team at the 2010 FIBA World Championship and the 2012 Summer Olympics, winning the gold medal both times.

Previously, the basketball star has favored Nike shoes like the Nike Hyperchase sneakers which he wore back in 2016.

Dwight Howard, whose athletic persona has been compared to the Superman character is the power forward, center for the Los Angeles Lakers. He stands at 6 foot 11 and wears size 18 shoes. As an eight-time All-Star, Howard was drafted to the NBA in 2004 for the Orlando Magic. Back in 2010, Adidas teamed up with Warner Bros. Consumer Products and DC comics to create a Superman-inspired line of footwear and apparel that featured both Superman and NBA star Howard.

Although not joining the Brooklyn Nets in Orlando for their NBA playoffs this year due to testing positive for the coronavirus, DeAndre Jordan has one of the largest foot sizes in the NBA. Standing at 6 foot 11, Jordan wears size 18 shoes.

Drafted by the NBA in 2008 for the Los Angeles Clippers, the NBA All-Star holds the NBA record for best career field-goal percentage at 66.94%.

Kevin Durant, power forward for the Brooklyn Nets, stands tall at six foot ten. Wearing a size 18 shoe, Durant was drafted by the NBA in 2007 to play for the Seattle SuperSonics..Durant is no stranger to the footwear world, as he has endorsement deals with Foot Locker and Nike. The NBA star he has collaborated with Nike numerous times to design sneakers. One of his latest creations is his newest signature sneaker, The Nike Zoom KD13, which layers mixed material uppers with leather overlays to create a dimensional Swoosh floating on the midsole.

In March, Durant tested positive for coronavirus but has since recovered. In June, he announced that he would not be playing in this season’s playoffs, opting to rest his Achilles tendon after he tore it a year ago.

Robin Lopez wears a size 20 shoe and his gigantic feet come with a height advantage, as he stands at seven feet tall, exactly. As a star athlete that plays center for the Milwaukee Bucks, Lopez was originally drafted to the NBA in 2008 as a pick for the Phoenix Suns. Since then, he has played for New Orleans Hornets, Portland Trail Blazers, New York Knicks and the Chicago Bulls.

Like his twin brother Robin, Brook Lopez also wears a size 20 shoe and stands at seven feet. He plays with his brother for the Milwaukee Bucks. Also drafted to the NBA in 2008, Lopez began his career with the Brooklyn Nets before moving on to the Los Angeles Lakers.

Shaquille O’Neal was one of the heaviest players to ever play in the NBA and is listed as wearing a size 22. The magnitude of O’Neal’s feet wasn’t discovered until Reebok launched its first signature shoe the Shaq Attaq while he was playing for the Orlando Magic. Funny enough, the NBA All-Star began his career wearing a size 20 shoe, but his foot continued to grow until it reached a size 22.

Reebok has been partnering with O’Neal for so long that the NBA Player even said he would love to own the footwear giant back  In 1992, he signed a multi-year contract worth $15 million. Since then, his Reebok Shaq Attaq has been a fan favorite.