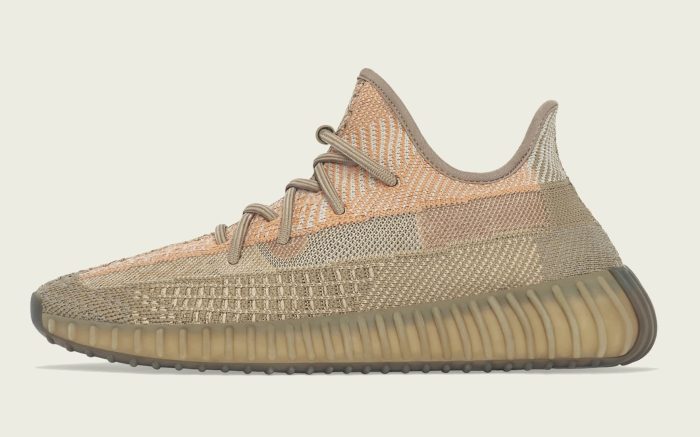 A new colorway of the Adidas Yeezy Boost 350 V2 sneaker is making its debut this week.

The latest look is executed with various brown tones throughout the engineered Primeknit upper, with a darker shade at the base and a clay hue at the top. The colors are separated by a translucent stripe that runs across the shoe’s lateral side. Adidas keeps the branding to a minimum as seen with the subtle Three Stripes logo at the heel of the sock liner and co-branding stamped on the footbed. Replacing the traditional lacing setup is the new bungee cord shoelaces, and capping off the look is a brown midsole covering the full-length Boost cushioning and a rubber outsole in slate.

The Adidas Yeezy Boost 350 V2 “Sand Taupe” will be released at Adidas.com/Yeezy, Yeezysupply.com and at select Adidas Yeezy retailers globally on Dec. 19 in adult sizing. The shoe will come with a $220 price tag. Sign-ups for a chance at buying the shoe are now open via the Adidas app.