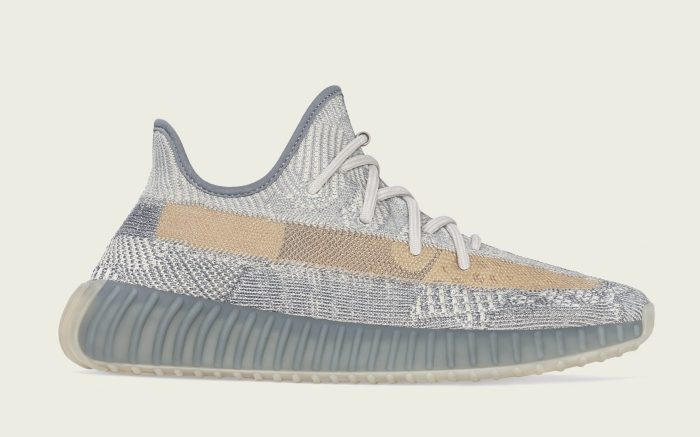 Sneaker fans, listen up because the Adidas Yeezy Boost 350 V2 release is headed your way this week.

The Three Stripes announced today that the popular Kanye West-designed sneaker is releasing in a new “Israfil” colorway on Saturday. The style is executed in a mixture of gray and light blue shades covering the majority of the breathable Primeknit upper while a contrasting brown stripe reaches across the lateral side.

Unlike past iterations, the midfoot appears to employ a new bungee cord lacing system making the shoe easily adjustable when it’s being worn. The look is finished off with a full-length Boost midsole for maximum cushioning while a translucent outsole is used for durability.

Adidas confirmed that sign-ups to buy the Yeezy Boost 350 V2 “Israfil” are now open on the Adidas app ahead of its release date when it will also release on Adidas.com/Yeezy, Yeezy Supply and at select Yeezy retailers. The shoe will come in full-family sizes including for adults ($220), kids ($160), and infants ($140).

According to the Yeezy Mafia, also set to release this month is the Yeezy 700 V3 “Azareth.” At the time of publication, the brand has not yet confirmed the release details surrounding the shoe but it’s slated to hit shelves on Aug. 29 for $200.

In related Yeezy news, West teased a handful of unreleased Yeezy sneakers and boots on Twitter this week.