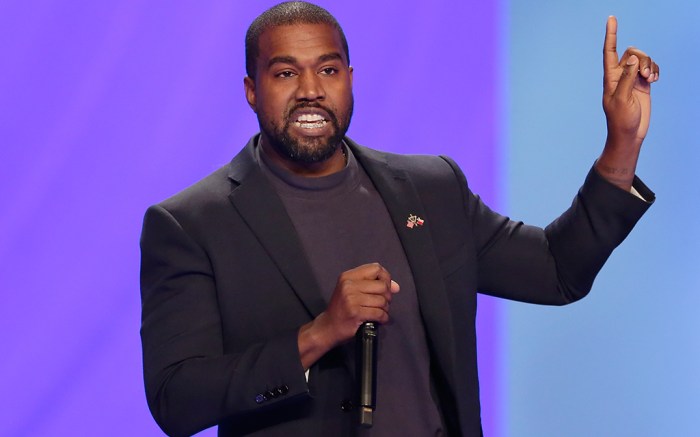 An upcoming Adidas Yeezy Boost 350 V2 release is reportedly getting a new name.

According to Yeezy insider Yeezy Mafia, the “Asriel” colorway of the popular Kanye West-designed sneaker has been renamed to “Carbon” and it will release on Oct. 3. Along with the updated information, Yeezy Mafia has shared a closer look at the pair, which features a black-based Primeknit upper with contrasting purple accents and a stealthy black stripe stretching across the lateral side. Capping off the look is a semi-translucent Boost midsole and a rubber outsole.

At the time of publication, Adidas and West have not yet confirmed the release info for the Yeezy Boost 350 V2 “Carbon,” however historically the releases have been available on Adidas.com/Yeezy and at select Adidas Yeezy retailers. The shoe will reportedly release on Oct. 3. and come with a $220 price tag.

Last week, West shared insight with fans on what sneakers the Adidas Yeezy brand is planning to release throughout the remainder of the year, which includes new colorways of the Yeezy Boost 350 V2, Yeezy Quantum and other fan-favorite silhouettes.

In related Adidas Yeezy news, the Adidas Yeezy Boost 380 “Pepper” is releasing this week starting with the reflective version launching on Friday, while the non-reflective colorway arrives on Saturday.