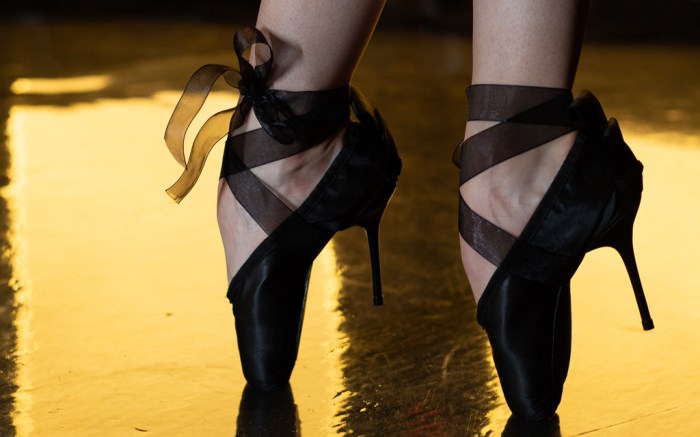 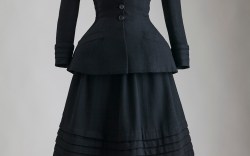 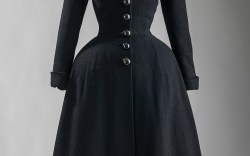 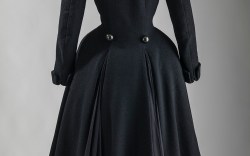 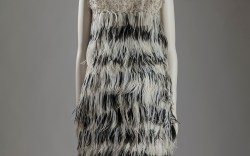 Fashion and ballet are both art forms, but they’re more connected than one might think on first blush.

A new exhibition at the Museum at FIT in New York, called “Ballerina: Fashion’s Modern Muse,” focuses on the links between fashion and the ballerina. Featuring 90-plus pieces from across nearly a century, the exhibition illustrates ballet’s influence on famed designers, leading ballerinas’ interest in fashion and the artistry behind the costumes worn onstage.

According to curator Patricia Mears, the exhibit focuses on clothing, but it also includes some footwear, including sculptural Christian Louboutin Fetish Ballerine pointe shoes. The ballet flat’s history as ready-to-wear is thought to date back to World War II.

“The earliest image I can find of this phenomenon is from 1941 in Harper’s Bazaar. Diana Vreeland, the great fashion editor, actually had a close-up shot of ballet shoes with tie-ribbons that said ‘Wear ballet flats,’ ” Mears explained. “It made sense because shoes were being rationed. We were going into the war; they were going to be harder to get, [and ballet flats were not rationed].”

Mears notes that ballet was considered a low art form for centuries, but it achieved an elevated status in the West in the early 20th century, thanks in part to Russian emigrés Sergei Diaghilev and Anna Pavlova. As ballet blossomed in popularity and gained status, it began to influence high-end designers such as Cristobal Balenciaga and Gabrielle “Coco” Chanel.

Meanwhile, ballerinas in the mid-20th century gained star power in their own right, and some of the biggest names wore designs by couturiers such as Christian Dior and Yves Saint Laurent. The exhibit features more than a dozen high-fashion outfits worn by dancers, one of the most notable being a Dior skirt-suit from the designer’s debut collection in 1947. The set was worn by the British ballerina Margot Fonteyn.

Ballet enjoyed arguably its peak of popularity from the 1930s through the 1970s, tapering off in popularity at the same time as high fashion began to lose stream. But one current trend, Mears argues, may have its roots in ballet: the athleisure movement.

“I think ballerinas were sort of the pioneers [of] the athleisure phenomenon,” Mears said. ” Many of the beautiful gowns in the show were designed by male couturiers. The leotards are by the ladies. It isn’t really until much later that we see men adapting this idea. I think women had to create clothes for themselves: What did the modern women want to wear? Well, what’s more comfortable than a leotard under a wrap skirt or a pair of leggings?”

“So to me, the whole idea of athleisure, we’re just now putting a name to it, but it’s been around for a long time,” she said.

“Ballerina: Fashion’s Modern Muse” will be open in the Museum at FIT from Feb. 11 through April 18. The museum is open Tuesday through Saturday; admission is free.