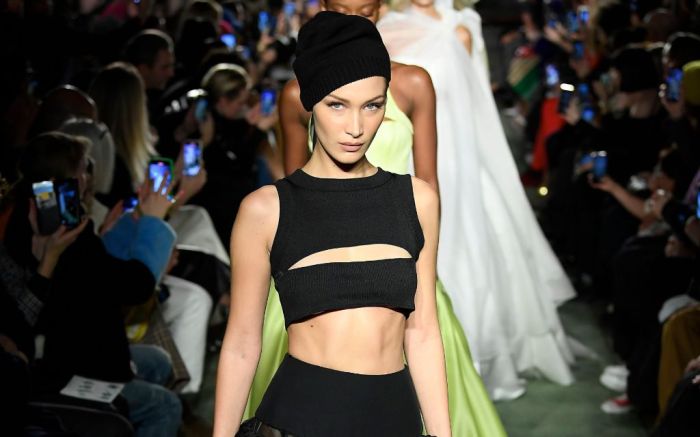 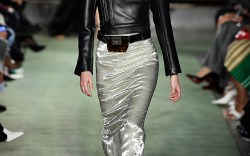 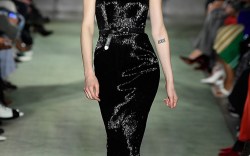 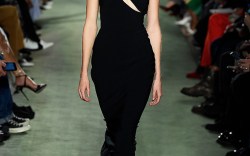 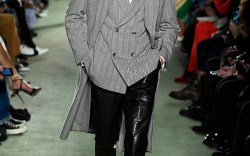 There’s always a lot of cheer at Brandon Maxwell’s shows — the Shake Shake burgers and cocktails in sippy cups seem to help. But this season, the star designer brought in actual cheerleaders from Netflix’s new hit show “Cheer” to liven things up even more at his New York Fashion Week show on Saturday night.

Bella Hadid and every other model cast in the runway show received a round of applause from Gabi Butler and Lexis Brumback, two cheerleaders from Navarro College, a team that is currently part of the new docuseries “Cheer.” Ever the professional, Hadid didn’t succumb to the girls’ cheers, but many other models broke into smiles as they passed the two on the front row.

The cheering might have seemed an odd accessory to Maxwell’s elegant gowns and the American Museum of Natural History show location, but Maxwell and the venue have partnered previously, creating the finale red gown that will be featured in the museum’s upcoming exhibition, “The Nature of Color.” High-low has long been the designer’s approach to creating a runway show. The burger refreshments often accompany country tunes, ball gowns, big hair and plush runway carpeting, plus a finale walk that includes not just Maxwell but his entire design and seamstress team.

The flourishes are also wholly American, which is why the “Cheer” cameo felt right; it was “Varsity Blues” meets “Breakfast at Tiffany’s.” That unique combination could also be seen in the fashion, which had both chiffon gowns and impressive Western-influenced leather knee boots, which make a compelling case for Maxwell to venture into the footwear business.