The Shoe Trends that Shaped the Sixties 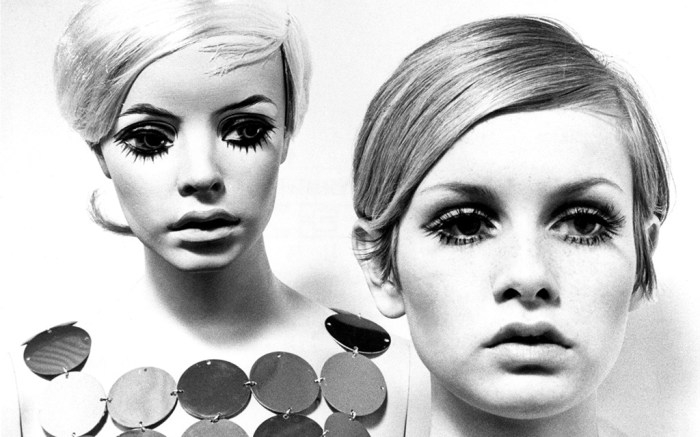 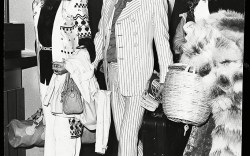 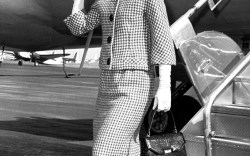 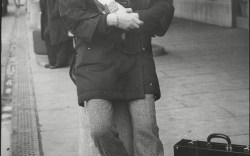 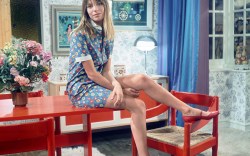 Just like the decade itself, the fashion of the sixties was revolutionary.

As cultural norms shifted, so did fashion. The post-war period brought forth an era of high hemlines and psychedelic patterns. In addition to European designers such as Pierre Cardin, Mary Quant and André Courrèges influencing fashion, countercultural movements began to set trends. (Think the mods and rockers of the United Kingdom.) America also began to find its footing in fashion, as the Kennedy’s entered the White House.

Like any new decade, shoes began to change too. Below, FN rounds up the shoe styles of the 1960s.

While pumps date back to before the 1960s, the shoe continued to be a popular choice in footwear for women. Pumps were often color-coordinated to match a women’s dress or skirted suit. Jacqueline Kennedy was one style icon who paired the shoe perfectly with her outfits. Above, she is pictured in a houndstooth skirted suit and a matching croc bag with pumps.

Mary Janes appeared back on the scene in the 1960s as a staple shoe. Originally named after Buster Brown comic strip, Mary Jane shoes were popular in the 1920s, 1930s and 1940s as well. Above, actress Jane Birkin pulls off a look inspired by the mod subculture of London and Great Britain wearing a collared floral mini dress and cherry red Mary Janes.

Before the 1960s, boots were considered more of a utilitarian than fashionable. During the sixties, designers began to include the shoe in their designs. In 1964 French designer André Courrèges’ introduced the world to his “Moon Girl” collection which featured white, flat-soled go-go boots. Nancy Sintatra is also considered the poster child of go-go boots. The “These Boots Are Made For Walking” singer used the style when she went on tour in 1967 to promote the hit.

From the Archives: Kate Spade Shoe Styles Through the Years

From the Archives: Flip-Flops Through the Years