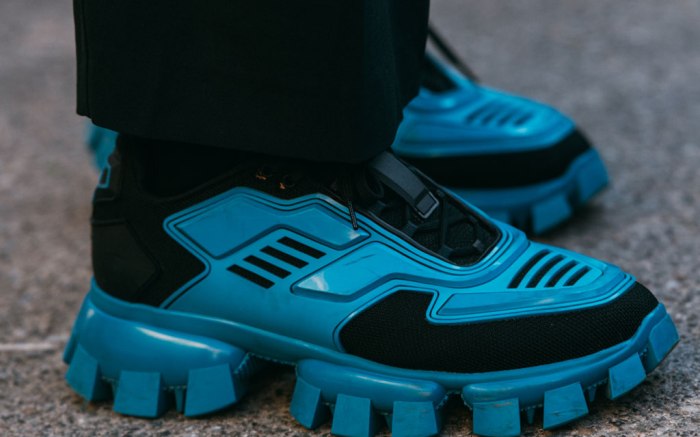 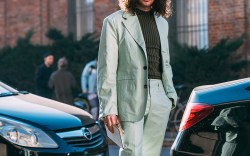 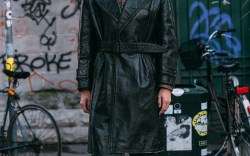 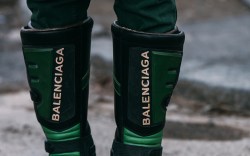 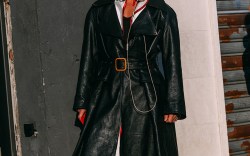 The world’s most stylish men descended upon Milan in trendsetting fashion this week for the Milan Men’s Fashion Week fall ’20 shows.

As men shuffled off to presentations for labels such as Fendi, Salvatore Ferragamo and Prada, many sported eye-catching shoes in bold shades, colors and silhouettes.

In particular, Prada was a favorite brand among MFW Men’s guests, including for both sneakers and combat boots.

Throughout the fall, “It” girls like Bella Hadid and Kendall Jenner went gaga for the Italian label’s monster boots, and men in Milano, too, embraced Prada’s footwear, recognizable for its elevated lug outsoles.

For the past few seasons, combat boots have been trending for both men and women, and Prada’s weren’t the only ones in sight. Cult boots with paint-splattered accents added a fun touch to one guest’s look, and combat silhouettes appeared in several brands’ presentations.

But don’t think that combat boots have replaced sneakers as men’s go-to comfy shoes. Chunky kicks abounded on the streets of Milan, including silhouettes from MSGM. The brand’s trainers featured subtle pops of color, which attendees matched to their apparel and accessories.

Emporio Armani’s sneakers offered yet another take on the elevated sneaker trend. The shoes had mesh, leather and suede uppers, with neon accents providing an Instagram-friendly finish.