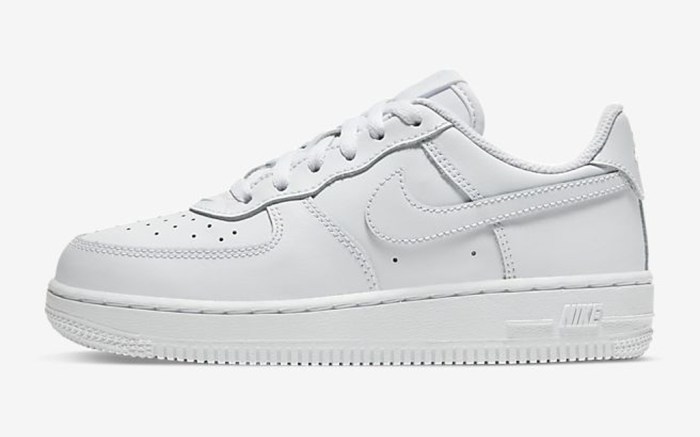 It’s been almost 40 years since Nike introduced the iconic Air Force 1. The sneaker, which debuted in 1982, was an immediate hit with basketball players. It then transitioned into the legendary lifestyle silhouette that it is outside of the sport, thanks to its versatile canvas, offering a slew of colorways, collaborations and customizations.

So it’s not a revelation that the Nike Air Force 1 is the one of the greatest shoes of all time, however, it is seeing a major mainstream resurgence this summer. Specially, the classic Air Force 1 low in that crisp, all-white leather colorway is becoming the must-have sneaker for fashion enthusiasts, especially women. And for the history buffs, Nike didn’t release the silhouette in women’s sizing until 2001.

So why now? With the sneaker category flooded with brands old and new, why is the Nike Air Force 1 the trendiest shoe to own?

Powell also credits the rise in popularity to Nike ramping up allocations for the Air Force 1 and other formerly limited shoes.

“Limited edition shoes have sold very well under Covid. This is likely due to consumers who have more time and money spending both in an entertaining way,” said Powell. “It remains to be seen if the increased allocations will impact future sales.”

The Nike Air Force 1 has almost always been in the top 10 best-selling sneaker list. In 2020, it remains No. 1. According to the NPD Group, the style is the most purchased so far this year.

Foot Locker has also cited the silhouette in a recent earning calls. “As [consumers] come out to the stores, as they shop digitally, there’s a lot of connection points,” said CEO Dick Johnson. “Clearly, basketball with the Air Force 1s and the AJ 1s and the retro releases has been a really good category through the second quarter.”

In addition, buy now, pay later shopping provider Klarna said the Nike Air Force 1 is the most-popular shoe on the app, based on wish lists created by customers.

The style also isn’t easy to come by. Many women’s and men’s sizes are currently sold-out across retailers.

3. Influencers are on board.

TikTok can’t take credit for the shoe’s recent success, however, its most-followed users are certainly helping since the Air Force 1 has become a go-to in TikTok fashion.

Many young, female users can be seen pairing the clean kicks with sweatpants, hoodies, bikini tops and shorts. Addison Rae, who has 60 million followers on TikTok for instance, is a fan of the Nike Air Force One and is often dancing in customized versions in videos.

Influencers outside of the sneaker world are flocking to the classic style, too. From Ariana Grande to Cameron Diaz, there’s not a singular demographic associated with the style right now, making it one of the hottest trend of the summer.

“It’s a shoe that translates well to the masses because of the access and price point and like I said has that simplicity and classic essence,” said Yaya Mazurkevich Nuñez, co-founder, InHerSoles Collective. Her counterpart at InHerSoles also suggested that it has been successful with millennials due to its gender fluid aesthetic and minimalism. “The model hasn’t gone anywhere, mainstream America just found out about it’s rich history,” said co-founder Jasmine Gonzalez. “And the AF1 will continue to stand the test of time.”