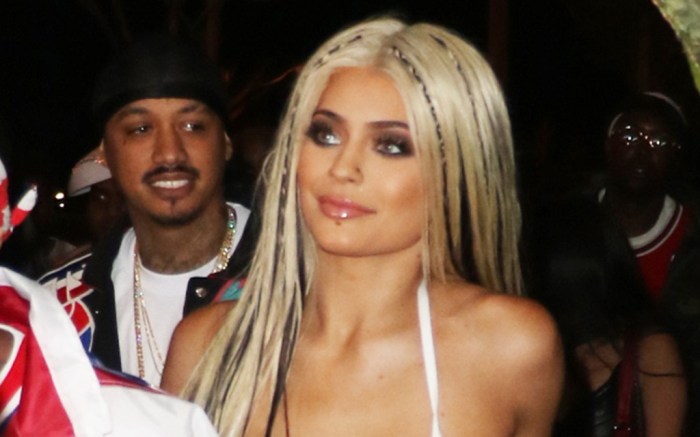 When it comes to Halloween, Kylie Jenner does not hold back.

The beauty mogul takes the holiday by storm wearing the boldest Halloween costumes that include everything from Disney Princesses to Playboy Bunnies. With the spooky holiday fresh on the mind, we took a look back at all of Kylie Jenner’s Halloween costumes from years past for your own trick or treating inspiration.

To kick things off, in 2019 the Kylie Cosmetics founder channeled her best Ariel from “The Little Mermaid” in a shell bralette with fishnet sleeves; she matched the top to a scale-coated green skirt to resemble a mermaid tail and invisible PVC pumps.

Before her stint as Ariel, the “Keeping Up With the Kardashians” star celebrated Halloween early last year as she attended her friend Anastasia Karanikolaou’s Playboy-themed party. To stay on theme, Kylie modeled a black strapless bodysuit layered over semi-sheer tights — and of course, included bunny ears to round out the look.

stas said I’m having a playboy party.. pull up 🐰🖤

For her first Halloween party of 2019, Kylie joined Karanikolaou once more for a joint costume as they recreated Britney Spears and Madonna’s iconic kissing scene from the 2003 MTV Video Music Awards. Kylie’s look was an all-black ensemble with towering boots as she gave her best Madonna impression.

Then, in 2018, Kardashian fans will remember the iconic instance where all the sisters came together to dress up as Victoria’s Secret Angels for Halloween. Kylie’s own look for the group costume was one modeled by Candice Swanepoel herself on the “Victoria’s Secret Fashion Show” runway.

It was a bold number that featured a nude bra and a glittering dip-front catsuit with metallic strappy sandals. And no Angel costume would be complete without dramatic wings, especially Kylie’s feather-coated pair.

thanks @victoriassecret for letting me borrow @angelcandices outfit for the night 👼🏼✨i felt like an angel.

On her own, Kylie also separated from the pack for her own Halloween look in 2018 that brought back retro vibes. The beauty mogul channeled Barbie with a realistic costume and even a life-size box. Captioning her post “Life in Plastic, It’s Fantastic..,” it was hard to distinguish the media personality from the real Barbie doll herself.

Kylie’s final Halloween costume of 2018 came with a matching look for her daughter Stormi, too. Together, the mother-daughter duo emulated beautiful butterflies in coordinating pink ensembles with dramatic butterfly wings for effect. Kylie’s look also included ankle-wrap sandals with a towering pink heel.

While Kylie typically jumps to share her impressive Halloween looks on social media, 2017 was a different case. The influencer was concealing her pregnancy at the time, and while she did in fact dress up, she didn’t post the costume until the next year when the news of her pregnancy had since settled down.

The baby bump-hugging look from 2017 featured an angelic appeal with feather-coated wings, a blonde updo and even a glittering mini dress; the final touch came in the form of white ankle-wrap pumps with a satin appeal.

Flashback to 2016 for Kylie Jenner’s memorable take on Christiana Aguilera’s infamously edgy style. Complete with a braided wig and darkened makeup, the Kylie Skin founder modeled a striped bralette matched to red short shorts and leather chaps in an early 2000s-style iconic look from Xtina’s past.

The wild Halloween costumes didn’t stop there, either. 2015 brought out a more daring side from the media personality as she dressed up as a ninja warrior with her friends. From the embellished high-slit skirt to the bejeweled bralette, the now 23-year-old didn’t hold back. She even completed the outfit with peep-toe knee-high leather boots set atop a lifted heel.

Earlier in the month for 2015, Kylie also dressed up as her best take on a snow bunny. The costume was a compilation of all-white pieces including a bralette, a furry-trim mini skirt, a wintery hoodie and a set of the fuzziest boots to top things off.

One of Kylie Jenner’s first memorable Halloween costumes from her time in the limelight came in 2014, the start of a longwinded spirited ride. The outfit took inspiration from the “Bride of Chucky” horror film with its bloody accents, bridal pieces and darkened appeal. Kylie gave it a personalized twist, though, in a lacy corset with thigh-high boots and matching stockings.

For more of Kylie Jenner’s wildest looks throughout the years, click through the gallery to see her style transformation and evolution.