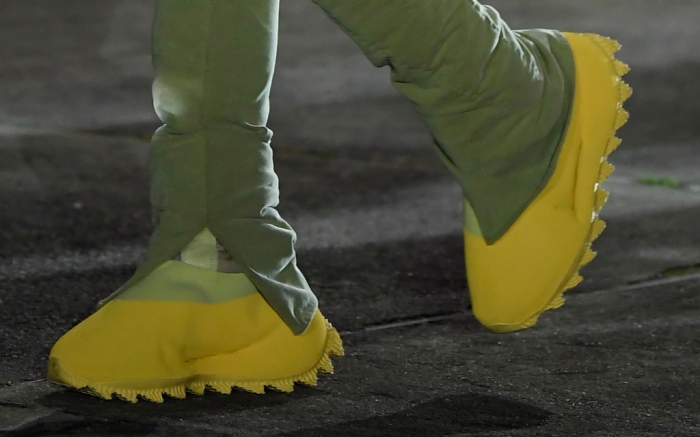 Styles from the runway show included green and yellow lug-sole boots, white and gray takes on a puffed-out slide and equally plush boots with cut-out lifted midsoles, all paired with neutral-toned apparel and accessories.

After the initial excitement about the show and North West’s surprise performance simmered, the Twitter world started taking note of the unusual silhouettes of the new Yeezy footwear. One user compared the series of shoes to “moon boots, Dino feets, and plush slides,” and they reminded another Tweeter of mascot shoes.

Somewhere out there there are mascots with cold feet rn

One user immediately thought of hotel slippers when he saw West’s puffy slides, while another even said: “Ya lying if ya think those yeezy slides look nice.”

Ya lying if ya think those yeezy slides look nice

The boots got compared to designs from Walmart, reminding one netizen of snow boots that he purchased at a supermarket for $20.

Click through the gallery to see all the styles from Yeezy Season 8 at Paris Fashion Week.