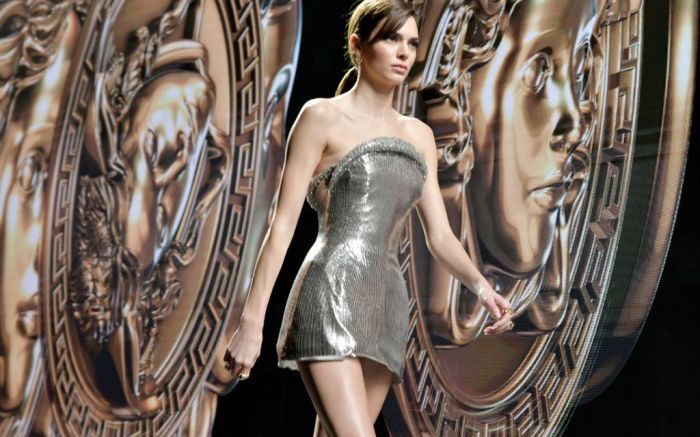 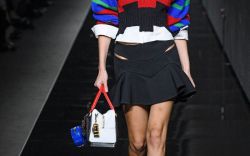 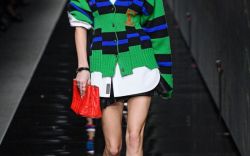 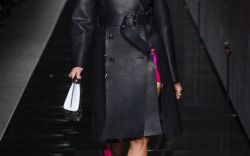 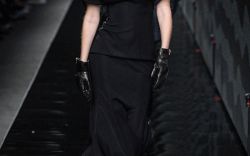 No, Jennifer Lopez did not walk in tonight’s Versace show.

But who can blame the show goers — as well as the hundreds of fans waiting outside the venue — for thinking she might make an appearance? En route to the Milan Fashion Week show Friday night at the city’s Piazza Lina Bo Bardi, billboards of the megastar were everywhere. There were small ones, the typical size of those near bus and trolley stops. And there were Godzilla-size ones, of Lopez in her Versace jungle green, looking down on the Milanese with her all-knowing J-Lo-ness.

Just days before the show, Donatella Versace posted a photo of herself on Instagram — also decked out in jungle green — standing next to the newly erected billboards. “Oh hi Jennifer!! 💚 Just a little billboard next to our HQ in Milan! 💋💋,” read the caption. It is just one chapter of Lopez’s multi-brand fashion domination that has her in three simultaneous campaigns for spring ’20 (Versace, Coach and Guess) along with last week’s surprise announcement that she is relaunching her own footwear brand with Camuto Group and DSW.

But you can only break the Internet so many times with the same dress, and so this time around, the Italian brand opted to focus on the fashion. The runway was still star-studded, though, with all of the contemporary supers walking in the show (for those of you not well versed in the celebrity style lingo of this publication, that would be Gigi and Bella Hadid, Kaia Gerber and Kendall Jenner). There were also plenty of other well known models on the catwalk: Adut Akech, Mariacarla Boscono, Irina Shayk, Binx Walton, Anna Ewers, Anja Rubik, Stella Maxwell and Natasha Poly filled out the all-star cast.

Back to the fashion. This season is already shaping up to be a more restrained and intellectual chapter; what to wear for the thinking woman. Neutral colors like grays, browns and camels are dominating, as is simple but luxe boots and other sensible footwear. Even the ornamentation du jour — the chain link motif of a necklace or anklet — has a pragmatic toughness to it.

Versace had a lot more oomph and, yes, some tackiness, to its fall ’20 collection. And that’s okay. Can you imagine a quiet, restrained, intellectual type of Versace? It’s simply not in its DNA. (Not that an intelligent woman can’t wear it, in the right time and place.) Donatella is aware of this, and it might also explain why she had the runway set up as funhouse mirrors to reflect onto the audience (the show invitations had actual mirrors on the backside as well). The message seemed to be: Accept the vanity that comes with fashion, sit with the discomfort of self-reflection. Look at yourself and let yourself be looked at.

Before the models came out, the giant LED screen showed a collage of Donatella in different expressions. Next, a moving graphic of the gilded Versace Medusa head. Then, the usual flashes of gold, of neon green, of primary colors and of streetwear as the models walked the runway. Bella Hadid’s lime green sequin mini dress was certainly the tackiest look of the collection, but it was worn with the same all-knowingness of those J.Lo billboards. (Hopefully Hadid won’t be held to this green dress the way Lopez has been held to that green dress.)

The footwear, while sexy and slightly impractical (the platform seems to have all but disappeared elsewhere for fall ’20), still had a tough sturdiness to it. Heavy rubber treads coated boots for both men and women. Many of the boots were patent or rubberized white, giving the collection a slight hazmat look on the bottom.

The show was the first co-ed runway for Versace — another example of the brand going against the grain of trends, as Gucci and Ferragamo have returned to separate men’s and women’s shows for fall ’20. But it was the menswear that offered some of the most of-the-moment styling details, like the white sock trend or the idea of wearing a sporty tracksuit with a dress shoe (in this case, a black leather loafer, again with white socks).

For the finale, Kendall Jenner made an appearance (her second show of the season, she has become something of fashion’s new Naomi Campbell for her rare appearances). The summary of the collection’s 91 co-ed looks seemed to remind the audience: Versace is still Versace without J-Lo — or without Jenner, the Hadids, etc. After all, it was Versace who first championed the supermodel. But the marquee belongs to the house.