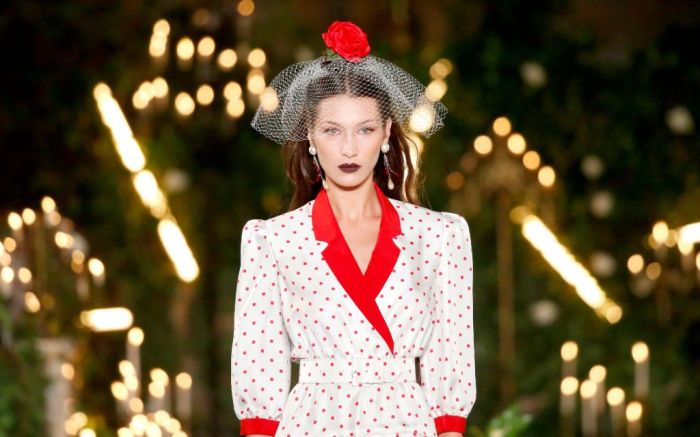 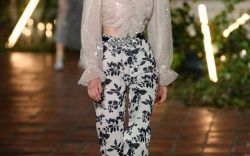 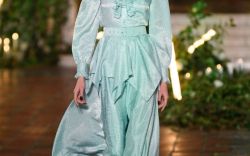 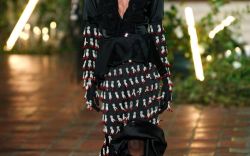 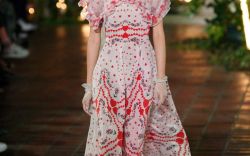 Laura and Kate Mulleavy have often used flowers — real ones, fake ones, beaded, tulle and silk interpretations — to craft their fantastical, storybook-like collections for Rodarte. The fall ’20 runway show, which the California-based sisters held in New York on Tuesday night, was no different and footwear got an even larger dose of the floral treatment.

In the end, however, it was the flowers that won out as the most powerful collection theme, from the singular red rose and veil atop Bella Hadid’s head to the sequined floral motifs on satin pumps.

Many of the shoes were embellished to perfectly match the dresses, skirts or trousers with which they were worn. One standout was a pair of sleek black leather boots embellished with pearls, red beads and crystals, all matching the satin skirt, jacket and gloves that the model wore with the footwear. It was the ultimate vampire-chic look, drops of beaded blood and all.

Michael Kors Just Wants You to Be Cozy for Fall 2020