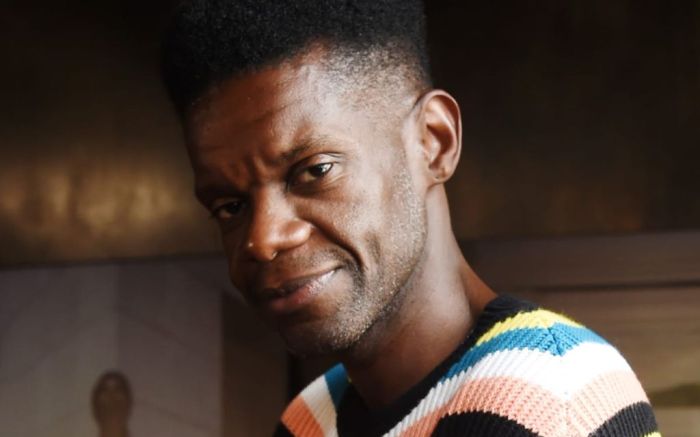 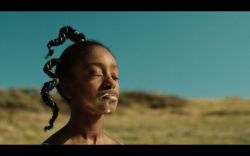 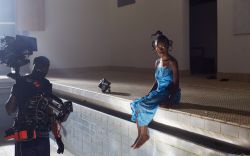 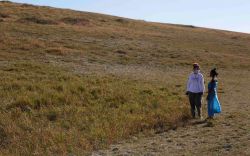 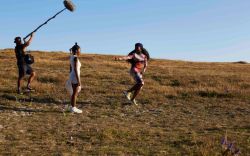 Recent discussions of racial inequality within fashion have resulted in an outpouring of initiatives with the the goal of turning a tangible page on the inequitable structures in place throughout the industry. The past four months have birthed collectives such as the Black in Fashion Council, the Black Fashion & Beauty Collective, the Kelly Initiative, RAISEfashion, and designer Aurora James’s 15 Percent Pledge — in addition to renewed attention on the work of Harlem Fashion Row and new equality measures put forth from the Council of Fashion Designers of America, reinvigorated by CaSandra Diggs, the council’s first Black president.

The latest initiative is IN THE BLK, a global collective for Black creatives that launched earlier this week at the conclusion of Paris Fashion Week, with members such as designers Virgil Abloh, Carly Cushnie, Fe Noel and Stella Jean to executives like Lagos Fashion Week founder Omoyemi Akerele. To debut the 501(c) organization, the group released a five-part film series (in partnership with Equator Productions) of short “Film Noirs,” all of which are bursting with vignettes of Black fashion, beauty, artistry and craftsmanship — both in front of and behind the cameras.

During the launch, FN spoke to IN THE BLK founding member Victor Glemaud on the goals of the organization, how the group and its film dedication came together in just months, and why there is room for all the Black-led fashion initiatives that have popped up recently.

FN: Tell us how you came up with the framework for IN THE BLK?

Victor Glemaud: “We started talking as a subgroup of Rewiring Fashion, and IN THE BLK quickly became independent.  Our first conversation was at the beginning of June, after the killing of Mr. George Floyd. We just wanted to talk amongst ourselves and decide if and when we wanted to bring other designers into the conversation. And that’s how IN THE BLK really started. We chose to control and tell our story, to be a network and a collective for Black creatives, which really never existed before — not since I’ve been working in fashion, which is almost 20 years.”

Why was a global inclusion important?

“Being Black is not just an issue in America, it’s an issue all over the world. At the end of the day, we are all Black and navigating a fashion industry that is not always the most inclusive, (especially) once you get behind the doors. We were really united in linking together with our global brothers and sisters to find out about their challenges. The global awareness (has been) one of the most illuminating things to have come out of this few short months. What we are dealing with in America in terms of systemic racism — it’s happening everywhere.”

We are in a moment when people are traveling less, seeing each other less, and also trying to just figure out the best course for their own business in a challenging economic time. How did you manage to coordinate both the launch of the collective and the production of the film series through all of this?

“Luckily, everyone who is a member has volunteered to give their time since June. It’s very much a labor of love, from our weekly calls and the production to fundraising and building a website. It was a lot but it was absolutely worth it. The films are a beautiful announcement for what we represent.”

Why was it important for you and the other members of IN THE BLK to ensure that everyone on the production of the “Film Noirs” series was a Black creative?

“It was really this idea of talent. Not necessarily the biggest names or the biggest social media following. It’s about giving people a platform to show their creativity, from the stylists to the designers, our web developer. It’s the idea of let’s work with talent to tell our story. I think we achieved that.”

There has been some chatter that the birth of so many Black-led initiatives has diluted the message for the industry. What do you say to that?

“In the spirit of my friend Bethann Hardison, who introduced me to a lot of emerging designers early last year when she launched the Design Hub, there is room for everyone. Why can’t I be on the board of the Black in Fashion Council with Lindsay (Peoples Wagoner)? Why can’t Carly (Cushnie) have her initiative and also be a part of IN THE BLK? There is a sense of collective support, we are sharing information. There is room for everyone, quite honestly, because before all of this, there was no one, there was no organization. So I say the more the merrier.”

What differentiates IN THE BLK from some of the other Black-led organizations?

“We are really focused on helping young entrepreneurs and designers navigate the business side of things. How do you navigate this moment with your business intact, ideally still being creative and producing? It’s daunting. We are here to be that community for questions and guidance. I think it’s that sense of unity and community, which doesn’t often happen with people of any race, by the way.”

There are three pillars of focus for IN THE BLK: politics, economics and innovation. Can you tell us more about them?

“If you are an American, you’re aware of what’s going on in America (in politics). Abrima (Erwiah) of Studio 189 had this idea, which became (the voting initiative) Fashion Our Future 2020. That was the first thing we supported as a group.

Our second pillar of economics is about supporting, educating and providing guidance to young businesses. These are things that, for a creative who might have a great product but might be the only person running the show, it’s a lot to consider. So we do that and we’re also working on some initiatives for 2021 that will account for that.

Our last issue is innovation. A friend of mine, Chris Bevans (designer of menswear brand Dyne), has been working on this app called Hallway, and IN THE BLK members are now beta testing the site. It all goes back to this idea of supporting and sharing and having this common goal — as you grow, what I know you know. W’re all in this together.”

What can allies in the industry do to support IN THE BLK?

“Reach out. That’s the first thing, don’t be bashful or afraid. We don’t know what your contribution can be and neither do you, unless we engage with one another. That’s the beauty of this moment we are living in. It’s this idea of exploring together, and that to me is really appealing.”

What are the next concrete steps for the collective?

“There are two potential partners we are talking to for both 2021 and 2022. I’m a knitwear designer, I design a collection six months in advance — so I plan ahead for everything.”