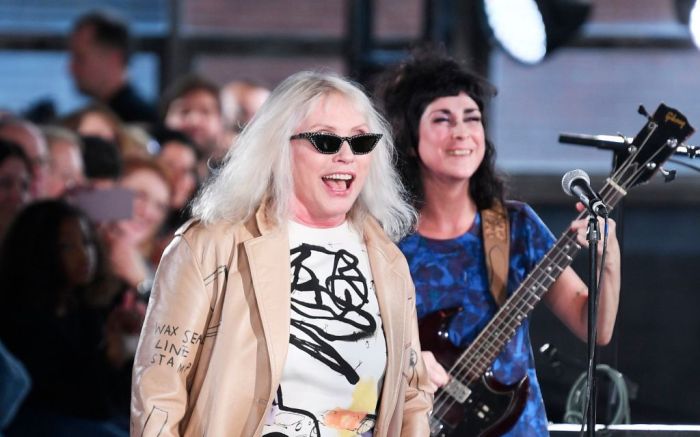 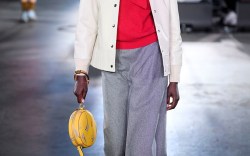 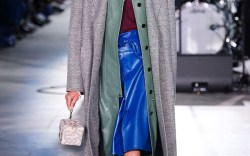 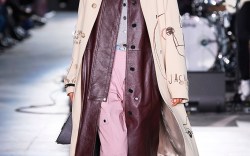 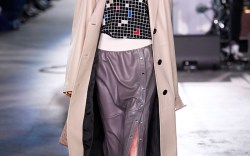 Executive creative director Stuart Vevers has proven his love for Americana in his more than seven years with Coach, using inspiration from across the country — and decades — to craft his vision for the heritage leather and handbag brand.

So it was fitting that after the finale of the brand’s fall ’20 runway show, Debbie Harry made a surprise performance with a live band in the center of the room. The legendary downtown New York music artist and Blondie front woman strode out after the models walked the runway to sing with the all-girl punk band The Coathangers, who were playing Blondie covers during the show.

Like Vevers’ spring ’20 season, there was an ambiguous ’80s feel to the collection, this time with the air of the downtown New York art and music scene, where Harry was an integral player.

To further that message, the collection also featured coats and handbags depicting artwork from the estate of late New York artist Jean-Michel Basquiat. The artist’s sister and stepmother watched the show as niece Jessica Kelly walked the runway. The artist collaboration follows up last season’s partnership with the estate of late artist Richard Bernstein, with sweatshirts depicting Barbra Streisand and Michael J. Fox.

The show also featured sneaker styles that appear to be the latest in the brand’s CitySole collection, which Coach launched with ambassadors J.Lo and Michael B. Jordan earlier this month. The styles resembled the sneaker capsule’s three silhouettes: the Court shoe, a take on vintage basketball sneakers with a triangular toe box; the Runner, with grooved details on a sturdy heel for added traction; and the Lowline classic low-top sneaker.

Other footwear included vintage-looking loafers worn with thick, scrunched-up socks and flat leather knee boots. And in keeping with Coach’s handbag legacy, every look (even the guys’) was accompanied by a wristlet bag, done in myriad shapes and colors. Vevers also used the brand’s signature turn-lock handbag hardware as the button fasteners on leather and denim outerwear.