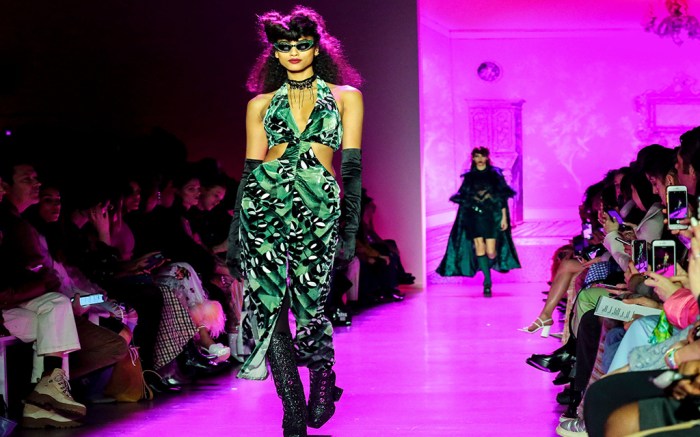 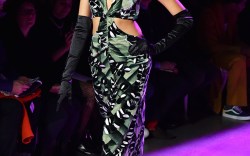 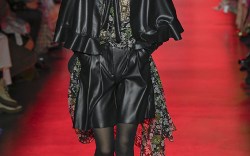 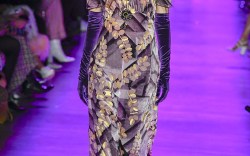 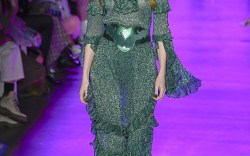 Anna Sui brought her usual whimsy to the runway for her fall ’20 show with custom ready-to-wear and shoes with extreme silhouettes.

Models dressed in goth glam floated down the runway adorned in jewelry by Erickson Beamon and shoes by Teva and John Fluevog.

While Sui has worked with both Teva and Fluevog before, this New York Fashion Week show foreshadowed a noteworthy trend for 2020: flared heels.

The style appears to be the next extreme footwear silhouette to surface following Daniel Lee’s square-toe renaissance for Bottega Veneta spring ’20 and the men’s heel craze last month at Paris and Milan Fashion Week Men’s. Now, Anna Sui is bringing on the funk with flared heels done by Fluevog, who’s celebrating his 50th anniversary in the shoe biz.

The flared heels featured at Sui’s show were a combination of a martini glass heel and a “Louis heel,” which is rightfully named after King Louis XIV of France, the forefather of heightened shoes. The style is defined by its dramatic curves that start where the heel meets the shoe.

Curved heels were among the popular footwear trends of the 1920s, an era that’s now officially 100 years old. A century later, the heel signifies not only a nostalgic fashion nod but the latest addition to the group of playful footwear silhouettes that have gone viral in the digital decade.

Other fun shoe styles from the Anna Sui show included flatform sandals from Teva as well as boots and sneakers paired with patterned tights and knee-high socks.

As exaggerated styles continue on runways, there’s no doubt that flared heels will continue to surface on the streets as well as on social media feeds.