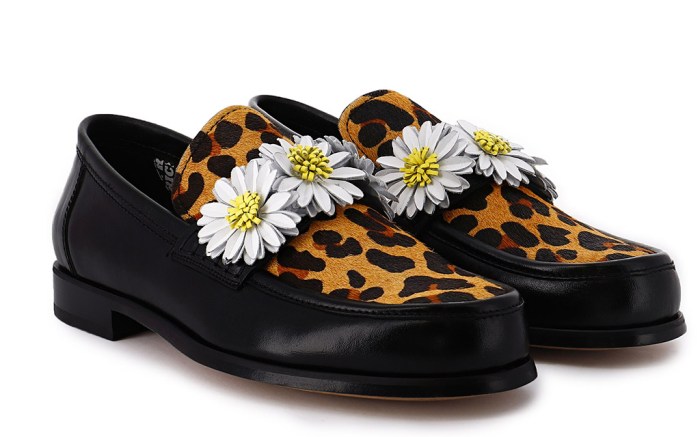 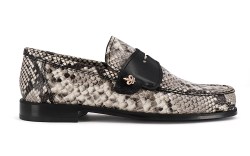 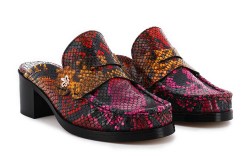 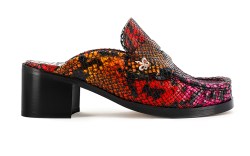 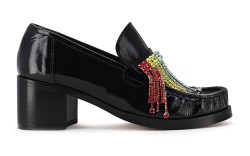 Sophia Webster is bringing a blast from the past with her latest collaboration. The designer teamed up with Patrick Cox, who created the “It” Wannabe loafer of the 2000s, for a line of loafers that guarantees to take fashion fans down memory lane.

The collection is inspired by the U.K.’s garage music scene — a genre of electronic music that originated in England and popularized raves in the early 2000s — and the fashions that went with it. At the time, loafers represented an alternative to sneakers when “No Hats, No Trainers” was a strict policy.

For the collab, Webster and Cox created a range of transitional women’s and men’s moccasin loafers featuring a mix of both designers’ personal kitsch. Webster’s signature butterfly wings are in a loafer saddle and appear in a butterfly emblem enamel stud, while Cox’s chunky loafer aesthetic served as inspiration behind the capsule’s main silhouette.


The collaboration takes cues from the U.K.’s garage music scene.

For Webster, the collaboration was a no-brainer. “This garage girl’s dreams came true when I teamed up with my absolute shoe hero Patrick Cox to create a loafer for today’s generation,” she said in a statement.

So the popular throwback shoe style got an upgrade for 2020, featuring color-blocking, snake prints, leopard, daisy decorations and crystal fringe.

To celebrate the launch, Sophia Webster is also debuting a short film as a love letter to the U.K. garage scene, starring icons from the era, such as DJ Spoony and DJ Target. The documentary also dives into the current resurgence of the genre in both fashion and music.

Launching March 23, Sophia Webster x Patrick Cox shoes will be sold online and in stores, as well as exclusively at Browns. Prices start at $360.

To see more from the collection, click through the gallery.

Tabitha Simmons, Sophia Webster &amp; Marion Parke on What It’s Like Being a Working Mom