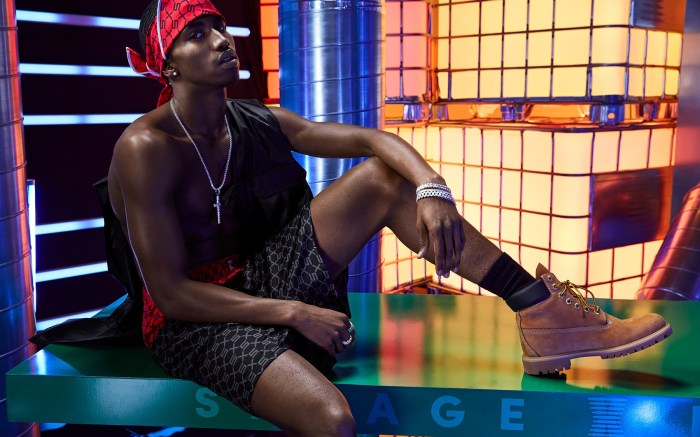 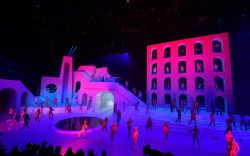 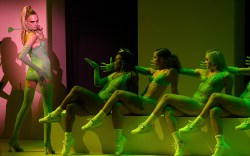 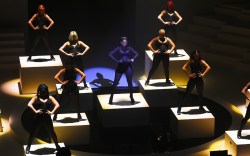 Christian Combs starred in Rihanna’s Savage x Fenty debut menswear collection campaign. Wearing a pair of tan Timberland-style boots, Combs appears as the face of the campaign dressed in the vibrantly-hued, fat-banded boxers with a pop of silky red. The fat-band of the boxer briefs were inspired by the similar big-branded waistbands of Tommy Hilfiger and Calvin Klein.

After modeling at the 2019 Fenty x Savage Fashion show, Rihanna asked Combs to collaborate and he was involved behind the scenes this time, helping to design the menswear collection.

“I wanted to create menswear styles that everyone can wear” Rihanna said. “And after Christian did such a great job at the 2019 fashion show wearing men’s, I knew we had to have him as a collaborator.”

He helped to pick out the vibrant color scheme of blue, silky red, black and bubblegum pink. Along with the boxers and briefs, the line includes a satin monogrammed pajama set featuring a smoking jacket. Ultimately, the collection transformed into versatile streetwear that can be worn to lounge at home or out and about.

“I am honored to be working with a multi-faceted talent like Rihanna, who represents diversity across all her FENTY brands,” Combs said.

In the first photo of the campaign, Combs appears wearing a pair of fat-banded striking blue briefs with the smoking jacket over his bare chest, completing the look with a thick silver chain.

Sizes range from S-XXXL and prices for the collection range from $12.92-$69.95. The collaboration will release on Savage x Fenty’s website Oct. 2, the same day that the Savage x Fenty fashion show airs. Rihanna’s Savage x Fenty show is expected to have performances from Travis Scott and appearances by Lizzo and Paris Hilton.

The show airs on Amazon Prime at midnight ET and members can stream for free through their accounts online, on television or on their mobile devices. For those who do not yet have a membership, Amazon Prime offers a free trial with access to video and music libraries. You can sign up for a free trial at Amazon.com.