ZaZa Is a Fashion Star In the Making 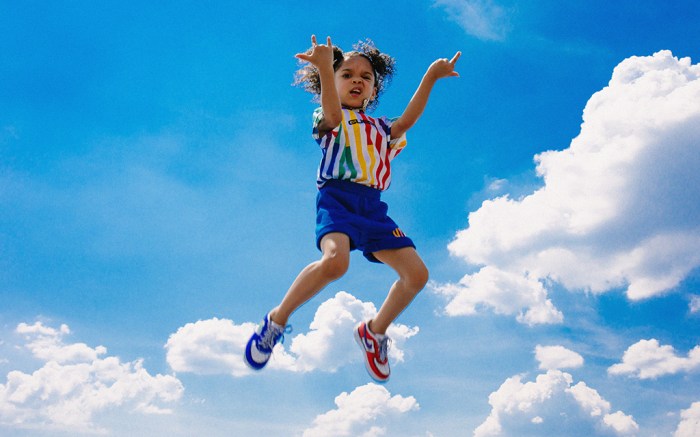 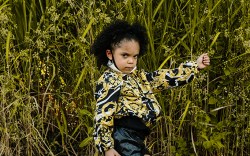 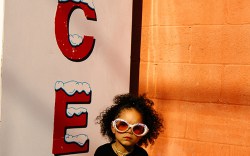 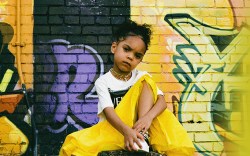 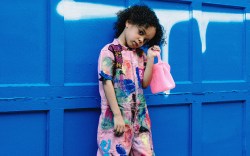 “I got that water! Boom boom!”

No one can ever truly predict when a video will go viral. But it’s not hard to see why ZaZa’s did. In the footage that her mother — stylist and designer Bamm — captured in their driveway in Lexington, Ky., in April 2019, the then-4-year-old’s arms and legs flail with abandon as she dances to ScHoolboy Q’s “Water” (featuring Lil’ Baby) in front of a Little Tikes Cozy Coupe. Her intensity is visible in a few of her now-signature facial expressions.

Fast forward just over a year and ZaZa (aka @redcarpetgirlz on Instagram) is not just an Internet sensation (that video now has well over 2 million views), she’s a bona fide megastar in the making. With a string of music singles to her name, a few performances on “Ellen” and the Disney Channel, plus a handful of fashion partnerships (including Puma), it’s clear that no pandemic will be stopping the 5-year-old.

It helps that ZaZa’s father, co- collaborator and manager Nemo Achida, is himself a songwriter and producer, who has worked with Jack Harlow and SZA. “She has a full scope of vision of what she thinks things should look like. When she’s older, she’s going to be so used to being confident in her words,” said Achida of his eldest child. “I just want her to be successful in everything she wants to achieve.”

Achida’s work with his daughter has also gained notice from Kanye West and Kim Kardashian West. At West’s Paris Fashion Week show in March, daughter North performed a thinly veiled version of ZaZa’s first single, “What I Do?,” which was released in October 2019.

As it turns out, North is a big fan and in a March 3 post following the show, Kardashian West gave credit where it was due. “So proud… of my Northie who performed her remix of one of her favorite artists ZaZa!” she wrote.

While a summer tour with other kids stars was put on hold, ZaZa and her family have still been keeping busy in quarantine. In May, she released a six-track EP, “Da Boss Baby,” along with two music videos. She is continuing to work with Kids Foot Locker, doing partner posts and shoe reviews. “This one is fire! I’m extra — I love these shoes!” she says in one video from early in the year. She will also be releasing her own line of merch tees, hats and bag with A.B.C. Kidswear later this year.

Click through to see full photos of ZaZa in her first fashion editorial — with the help of 2-year-old sister Simmy — shows off her inimitable style with some of the coolest kicks now and through the fall.