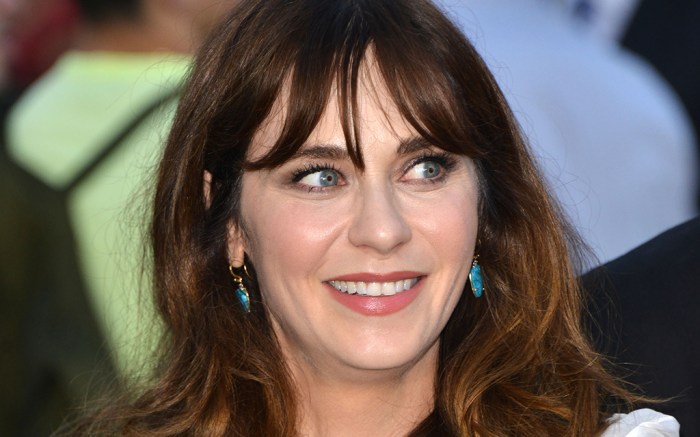 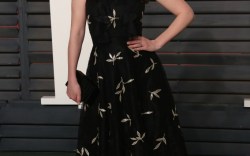 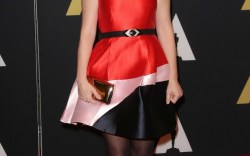 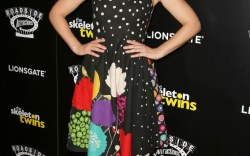 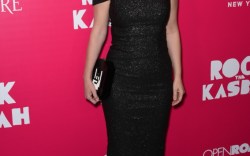 For years, people have noted that Zooey Deschanel and Katy Perry look strikingly alike. So it comes as no surprise that the pop star decided to tap the “New Girl” actress to stand in while she was on maternity leave for her latest music video, “Not the End of the World.”

In the video, Deschanel is mistaken by aliens for Perry. The “New Girl” star is beamed up into a spaceship wearing a quarter-sleeve red minidress and shiny silver metallic ballet flats.

Ballet flats are among the notable footwear styles that have faired well during the coronavirus pandemic. The modest footwear choice was noted as one of the most popular footwear choices for fall ’20 thanks to its stylish yet functional shape.

Deschanel has long been a champion for comfortable footwear. In 2019, the Crocs ambassador told Footwear News, “I recently thought: ‘I can’t be happy if I’m not comfortable,” when speaking about Hollywood’s expectation of women wearing heels on red carpets and for public appearances.

But the “She & Him” songstress did not compromise her comfort for Katy Perry’s new music video and looked stylish doing so. Zooey also shared a few of her favorite moments on Instagram from the out-of-this-world video.

Additionally, Deschanel and Perry took to Instagram to talk about the“Not the End of the World” premiere and their friendship yesterday.

“It’s like looking in a mirror,” notes Katy Perry when Zooey appears on the screen during their Instagram Live sesh.

Following their chat about the making of “Not the End of the World” and motherhood, the pop star brought on Bob Roth of the David Lynch Foundation for a guided meditation.

Want a pair of comfortable flats just like the ones Zooey wore in Katy Perry’s new music video? Take a look at some of our favorite options below: