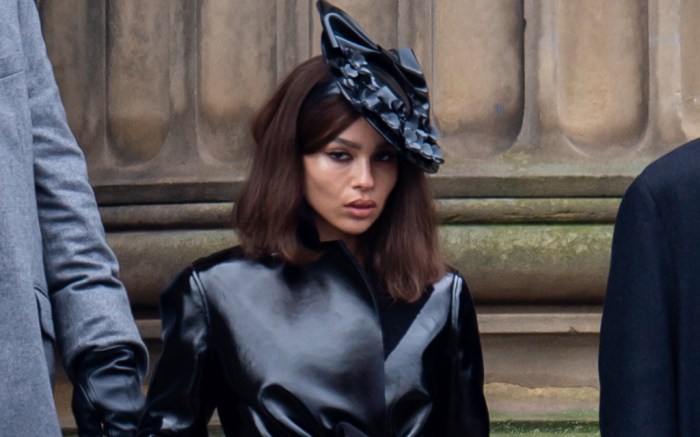 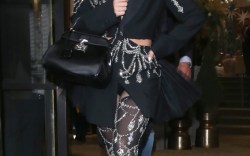 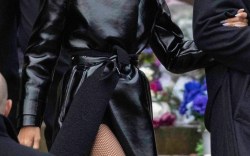 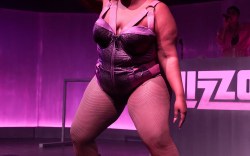 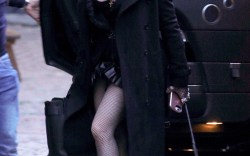 Zoe Kravitz got into character on the set of the newest “Batman” film and did so with flair.

Playing Catwoman alongside Robert Pattinson as Bruce Wayne, Kravitz channeled a modern take on the role as she filmed in Liverpool, England; the costume included a slick leather trench coat accented with a matching leather fascinator. She then layered the outerwear over fishnet tights tucked into equally bold footwear.

Her in-character shoes came in the form of a knee-high, lace-up boot with sleek patent uppers and pointed-toe front. The style was set atop an impressive tapered heel, appearing to measure in around 5-inches in height.


Joining Kravitz on set earlier today was none other than Batman himself, Robert Pattinson. The actor stayed dry during the rainy British weather in a gray coat layered over a tailored suit and tie in between scenes.

As for Zoe Kravitz herself, while her ensemble today was character-based, it doesn’t stray far from the actress’ typical standout style. On any given day, you can find the “High Fidelity” star in pieces from top brands across all industries — think everything from New Balance to Gucci and Fendi. Kravitz also serves as a Saint Laurent ambassador and oftentimes reps styles from the French label as well as appears in advertisements and campaigns for the brand.

Click through the gallery to find more stars like Zoe Kravitz who also pull of fishnet tights with ease.