Worst-Dressed at the 2020 Critics’ Choice Awards, According to You 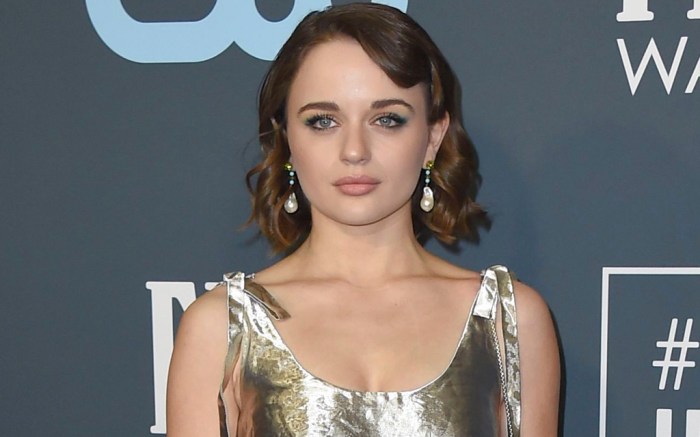 Joey King brought the drama in a metallic foil gold Prada dress with matching metallic pointed-toe heels. While some fans loved the eye-catching look, others compared it to that of Lucy Boynton’s custom Louis Vuitton dress at the Golden Globes and to aluminum foil. “Joey King tried to do a Lucy Boynton and it didn’t work,” said one Twitter.

Joey King tried to do a Lucy Boynton and it didn't work https://t.co/CPyohI0FS4 pic.twitter.com/4yd0tqHy1i

“Fleabag” frontman Andrew Scott layered shades of red and pink down to his deep burgundy leather square-toe dress shoes. The man who plays the Hot Priest on the series won for Best Supporting Actor in a Comedy Series but his firetruck-colored outfit had people thinking of Flamin’ Hot Cheetos.

Janet Mock’s choice of color in her teal Valentino gown fell in line with the big and bright trend of the night but her glittering leather gloves left fans a little wary. One user even turned the look into a meme with the caption “My dentist coming over to ask me why I haven’t flossed in two years.”

To some, Billy Porter’s Hogan McLaughlin seafoam jumpsuit was the ideal red carpet ensemble as the overskirt hid the pants making it appear like a gown. Others didn’t feel quite the same and users said they were “gonna pass on that one” as one linked Billy Porter’s butterfly tattoos to Mandy Moore’s character in “A Walk to Remember.”

The “Marvelous Mrs. Maisel” star is already a winner tonight for Best Supporting Actress in a Comedy Series, but her knee-length red satin dress looked too casual to a Twitter user. “Alex Borstein’s dress came from the £7 rail in H&M,” said one user.

Alex Borstein's dress came from the £7 rail in H&M.

Costume designer Sandy Powell strayed from the ballgown and went for a satin, tailored suit in the night’s favorite shade of blue. Along with her dyed hair, square-frame glasses and white platform shoes, netizens had a thing or two to say about this look, including comparisons to the late great David Bowie or to an alien on Mars.

Sandy Powell is doing a full life on mars and i'm here for it. pic.twitter.com/gPQ3MJcN2U

Click through the gallery to see more red carpet arrivals at the 2020 Critics’ Choice Awards.

Florence Pugh Proves Your Shoes Need Jewelry, Too, at the 2020 Critics’ Choice Awards