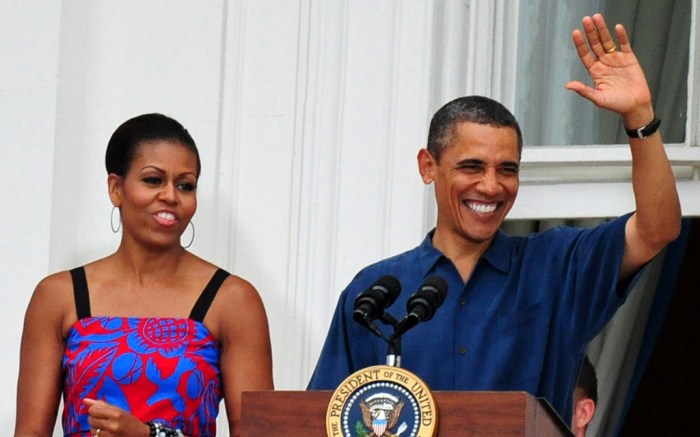 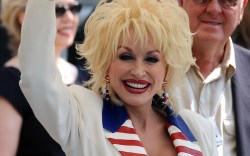 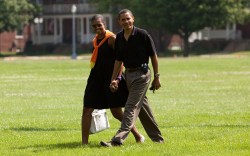 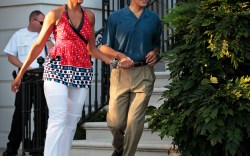 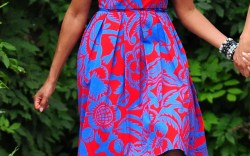 The 4th of July is considered to be the United States’ birthday — and of course, the first family typically celebrates in a big way.

Of course, for the Obama family, July 4 is more than just Independence Day: It also marks the birthday of President Barack Obama’s eldest daughter, Malia. For her birthday in 2016, Malia celebrated with a party at the White House, wearing a striped crop top and light-wash jeans as the president sang her “Happy Birthday.” The celebration also included a performance from Janelle Monae.

Despite the date conflicting with his daughter’s birthday, President Obama usually hosted a barbecue for members of the military and their families on the day throughout his presidency — and each year, first lady Michelle Obama would choose a patriotic ensemble for the festivities. For instance, in 2011 she opted for a striking red and blue patterned dress by Sophie Theallet, which she teamed with black embellished sandals.

Two years later, the “Becoming” author made another patriotic choice, choosing an ombré Boy. by Band of Outsiders dress. She paired the dress with low-heeled dark red pumps. Meanwhile, the president looked dapper in a collared red shirt and khakis — a dad-friendly take on the dressed-down barbecue look.

While in 2013 Michelle opted for mostly blue and her husband went for mostly red, the pair switched colors in 2015. That year, the first lady sported a red and white gingham dress by Michael Kors, teamed with metallic flats. President Obama wore a collared blue button-down shirt tucked into jeans, completing the outfit with brown lace-ups.

Most recently, President Donald Trump marked 4th of July in 2019 with a celebration at the Lincoln Memorial in Washington, D.C. The president sported a classic dark suit with a red tie and an American flag pin on his lapel. Meanwhile, first lady Melania Trump bucked the red, white and blue tradition in a Carolina Herrera dress with multicolor stripes. For footwear, the former model selected sky-high hot pink pumps from Christian Louboutin.

And going back in time, President George Bush celebrated the 4th of July in 2003 by hosting a special guest: Dolly Parton. The country singer arrived at the White House in a form-fitting white suit with American flag detailing on the labels, before heading off to the National Mall for a performance there.