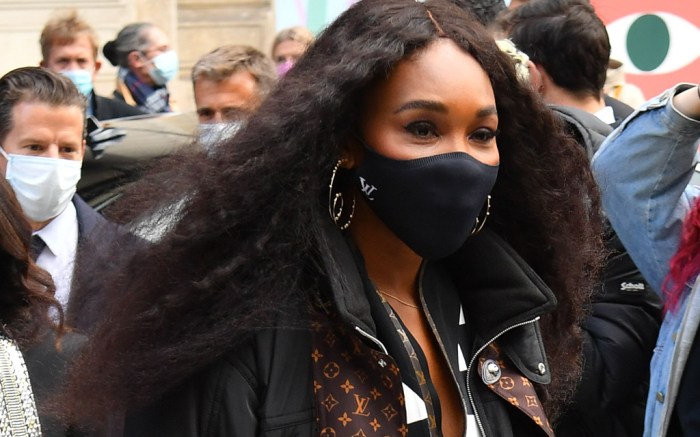 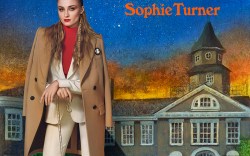 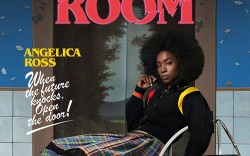 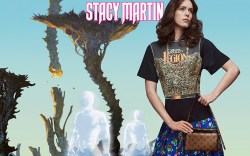 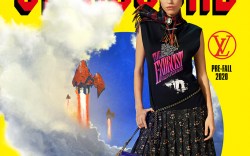 Venus Williams turned heads today as she made a surprise appearance at the Louis Vuitton spring ’21 show during Paris Fashion Week.

The tennis pro arrived at the show in a chic head-to-toe look from the French fashion house including a racing-inspired checkered dress. She then kept cool in a logo-coated leather jacket, accenting the outfit with a coordinating branded purse and gold hoop earrings.

Williams then continued the logomania when it came to footwear. Keeping up with growing trends for combat boots and utilitarian footwear, the athlete chose Louis Vuitton’s Wonderland Flat Ranger boots in smooth brown leather uppers. The patent monogram pair came complete with a block heel and matching black leather cap toe and heel counter; the finishing touch was a securing strap across the ankle for a stabilizing fit.

You can find the Louis Vuitton Wonderland Flat Ranger boots for $1,550 on the brand’s website.

On the court, Williams often opts for designs from her own label as well as Wilson, for which she serves as an ambassador. Off-the-court, though, the Olympic gold medalist prefers footwear styles from K-Swiss and Nike in addition to her three-striped pairs. The athlete has spent her time in quarantine putting her activewear and sneakers to work with a series of Instagram Live workouts with a mix of famous friends. Previous guests include Olivia Culpo, Caroline Wozniacki and her own sister, Serena Williams.

According to Forbes, Venus Williams’ many endorsements include previous deals with Wilson, Electronic Arts, Kraft, Ralph Lauren and Tide. Tied for 10th for the Highest-Paid Female Athletes of 2019, Venus’ total earnings racked her up $5.9 million with endorsements accounting for $5 million alone. And that’s not all: Williams started her own YouTube channel this year and can bank up to six figures per appearance on the speaking circuit.

Get in on the growing combat boot trend for fall just like Venus Williams with a little help from these next pairs.