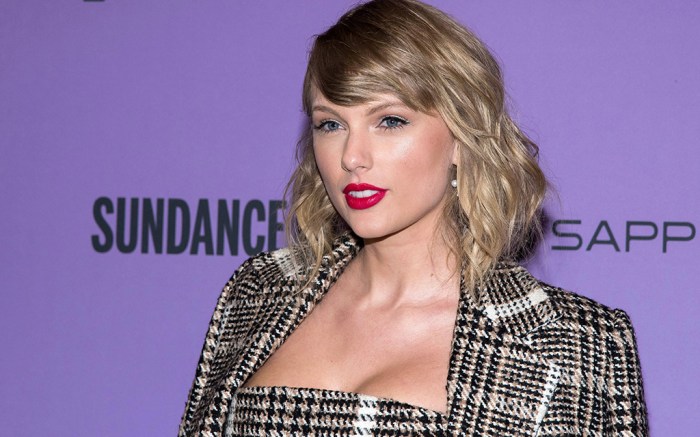 Taylor Swift had a memorable night on Thursday after premiering her anticipated Netflix documentary, “Miss Americana,” during the Sundance Film Festival. The star kept to the wintry theme, wearing a blended wool ensemble by Spanish designer Carmen March, to the event in Park City, Utah.

She paired the wide-legged plaid pants and matching bustier-style top with an overcoat and houndstooth Manolo Blahnik heels. She topped off the look with her signature red lip.

Swift’s first screening was well-received, reportedly garnering a standing ovation from the Sundance crowd. The singer, whose movie officially debuts on Netflix and select theaters on Jan. 31, has made headlines for the content in her documentary, including the sensitive subject of her eating disorder. She told FN sister publication Variety: “I didn’t know if I was going to feel comfortable with talking about body image and talking about the stuff I’ve gone through in terms of how unhealthy that’s been for me — my relationship with food and all that over the years. She added, “But all I know is my own experience. And my relationship with food was exactly the same psychology that I applied to everything else in my life: If I was given a pat on the head, I registered that as good. If I was given a punishment, I registered that as bad.”

See the official trailer for “Miss Americana” below.