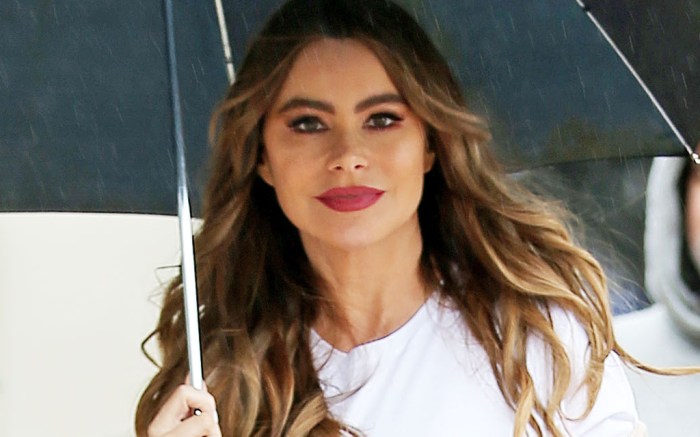 Sofia Vergara is staying chic on Zoom — and in affordable fashion.

The 47-year-old star shared four images to Instagram today of herself on Zoom calls. In all of the images, the A-lister was clad in attire from her own Sofia Jeans by Sofia Vergara label, which is available for purchase on Walmart.com.

When it comes to her typical fashion, Vergara tends to be found in soaring heels, often complete with a platform for additional stability. The “Three Stooges” actress is a fan of height-boosting footwear from designer labels such as Saint Laurent, Stuart Weitzman and Christian Louboutin. In addition to her Sofia Jeans line, the “Modern family” alum has an accessibly priced furniture collection, called Rooms to Go. Further, she has long been a fan of Dolce & Gabbana’s designs and appears in the brand’s latest ad campaign.

For eight years in a row, Vergara was ranked by Forbes as the No. 1 highest-paid actress on TV. The money magazine says the A-lister took home $43 million in 2019, including earnings from “Modern Family” (which recently concluded its final season) as well as pay from her other ventures.