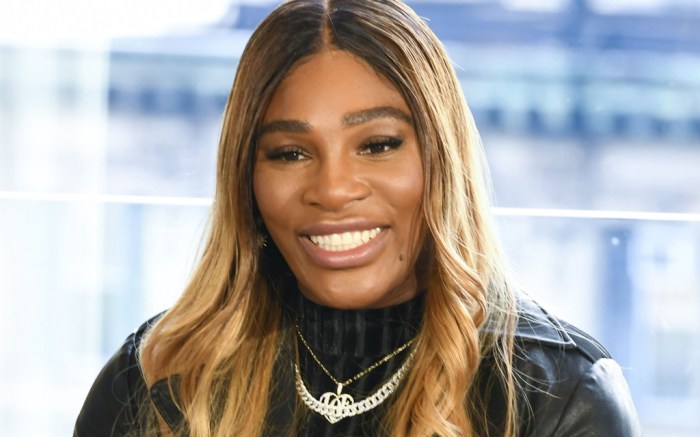 Serena Williams was cyber-punk chic in a look with “The Matrix” vibes yesterday, Feb. 12 in New York.

Williams wore head-to-heel black at the presentation for her S by Serena label’s fall ’20 collection during New York Fashion Week.. The 23-time Grand Slam champ sported an ankle-skimming trench coat, which appeared to be fabricated from leather, over a pair of opaque tights.

On her feet, the Nike athlete wore a pair of soaring black pumps that appeared to have a height of around 5 inches. The shoes boasted a narrow stiletto heel, a pointed toe and a low-cut topline.

Costumes from “The Matrix” have had an influence on fashion since the first film debuted in 1999. Style-savvy A-listers like Bella and Gigi Hadid, Kim Kardashian and Lupita Nyong’o have already embraced outfits that fit the film’s tiny sunglass and long leather coat aesthetic. And with the fourth flick in the franchise going into production this year, it seems like more “Matrix”-inspired style is likely to hit the streets over the coming months.

In addition to her direct-to-consumer clothing line and longtime Nike deal, Williams invests in female- and minority-founded startup companies through her namesake venture capital fund. For 2019, the tennis pro raked in $29.2 million, according to Forbes, with $4.2 million coming from on-court winnings and $25 million made through off-court ventures.

If you like the look of Williams’ pumps, check out these similar options below.

Click through the gallery to see some of Serena Williams’ best street style looks over the years.

What Serena Williams Learned From Nike That Helped Her in Business