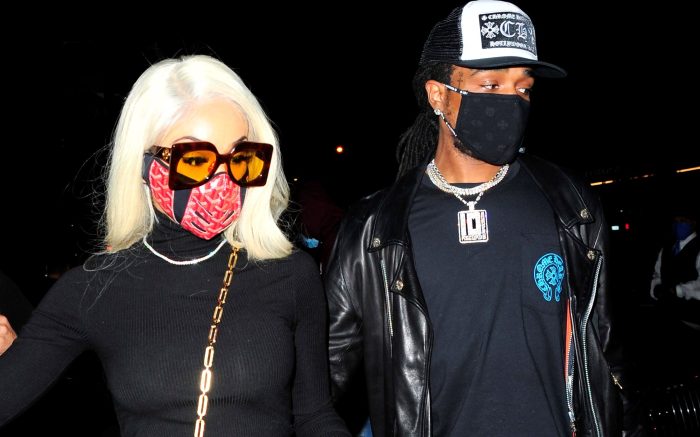 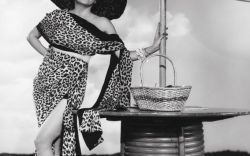 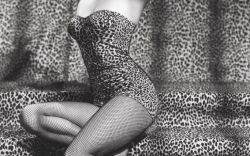 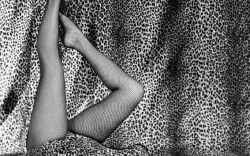 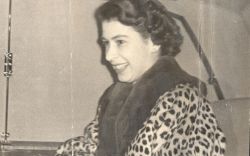 Saweetie was feeling catty on Saturday, wearing Christian Louboutin thigh high leopard print boots as she stepped out for a date night with beau Quavo.

The “Icy Girl” rapper let the boots, which feature silver spikes cascading down the front, be the statement of her ensemble as she paired the bold choice with a simple black turtleneck and gray denim.

While animal print designs are a trend that will obviously never go away, leopard, zebra and snakeskin patterns were seen on the fall/winter 2020 runways of Miu Miu, Rochas, Versace and more. Saweetie sported tiger print boots when she appeared in the music video for the remix of Mulatto’s song “B*tch from Da Souf,” which was released in March.

Saweetie tied Saturday’s look together with a diamond chain, oversized sunglasses and a red Goyard face mask amid the ongoing coronavirus pandemic. To match the lavish mask, Saweetie sported a vibrant red handbag that featured bamboo handles and a crossbody chain.

Quavo matched Saweetie’s aura as he also sported a black top and diamond chains. He pulled the ensemble together with a leather jacket, a black and white Chrome Hearts trucker hat and Chrome Hearts denim. On his feet, the Migos rapper sported purple and black Air Jordan 1s. Quavo also wore a face mask as he and Saweetie held hands during their outing at BOA Steakhouse. This wouldn’t be the first time the hip-hop couple made the streets their runway.

In September, Saweetie had a major fashion throwback moment when she wore a white tee with the Rolling Stones logo and a pair of blue bell-bottom jeans straight from the 2000s.

She topped her outfit off with a black leather fisherman’s cap and the same red crossbody purse she flaunted on Saturday. For shoes, Saweetie opted for a pair of shiny gold strappy heels, similar in style to Stuart Weitzman’s Nudistsong sandal. Quavo kept it cozy in a navy bowling shirt and red velour Needless track pants.