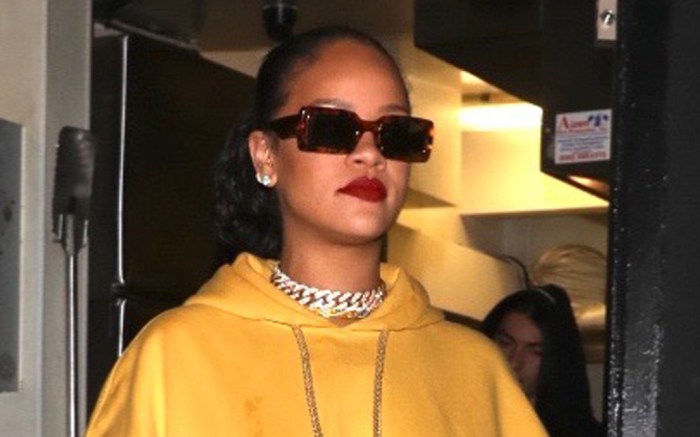 The Los Angeles Lakers defeated the Miami Heat last night to claim the 2020 NBA Championship title, bringing Lakers fans across the globe to their feet including one special fan in particular.

Rihanna celebrated the Lakers road to victory yesterday with and purple and gold themed celebration and lots of dancing. In a video shared on her Instagram page, the “Believe It” musician sung along to Queen’s hit song “We Are The Champions” as she rocked a Kobe Bryant jersey over shredded jeans.

The look came complete with a team hat and a pair of black sneakers with eye-catching reflective detailing.

if you ain’t on this time right now…bye. Lebron remains king 💪🏿 Lakers are the champs 💜💛 and Kobe is proud 🙏🏿 A.D thank you! #🏆 #Congratulations

The LA Lakers victory this season means more than most as the team lost one of its most beloved alumnae, Kobe Bryant, earlier this year in a tragic helicopter accident. Former Lakers player himself and a close friend of Bryant, Pau Gasol, took to Twitter after the game to share his excitement for the team, writing: “This one is for you brother, for you Gianna, for you Vanessa, for Natalia, for Bianka and for Capri.”

As for Rihanna, the multi-hyphenated artist has become a major force in the fashion world, beyond her impeccable personal style. Her first major foray into designing occurred when she signed with Puma in 2014; in September 2015, she went on to create her first-ever Fenty (an ode to the superstar’s surname) product, the Fenty Puma Creeper, which won an FN Achievement Award for Shoe of the Year in 2016.

She debuted her lingerie collection Savage x Fenty in 2018 before she and LVMH Moët Hennessy Louis Vuitton became partners the next year. She became the first female designer of color at the helm of a luxury brand under the conglomerate. Together, they released the first Fenty collection consisting of apparel, footwear, accessories and more in May 2019. She also worked with celeb-favorited footwear designer Amina Muaddi this summer for a selection of must-have sandals for her Fenty line.

Click through the gallery to find more of Rihanna’s biggest risk-taking fashion moments over the years.