From Katie Holmes to Katy Perry, Celebrities Dressed in Red, White and Blue for the Ultimate 4th of July Outfit Inspo 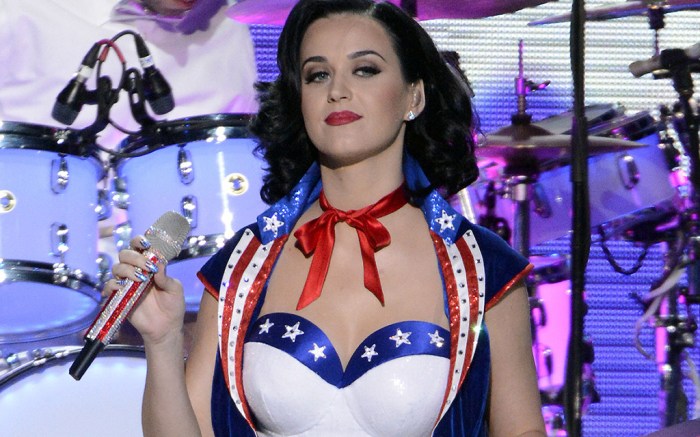 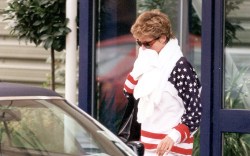 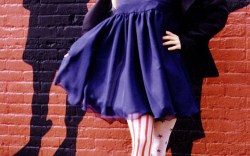 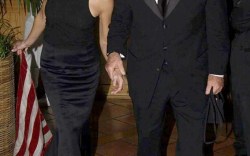 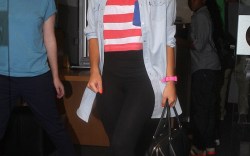 Looking for outfit inspiration for the Fourth of July? Well, these celebrities have you covered for all your upcoming festivities. From Katie Holmes to Katy Perry, stars love to dress in red, white and blue even if it’s not on July 4.

For those heading to a socially distanced backyard barbecue, Taylor Swift, Lisa Rinna and Jennifer Garner have the perfect ensembles to copy and it’s all about the white sneaker.

All three leading ladies, have worn red, white and blue with clean kicks in different looks. Rinna, for example, opted for a patriotic floral dress while Swift donned a denim overalls skirt look and Gucci shoes. Garner is fan of blue jeans and a red and white striped top, too, which she has worn on multiple occasions with all-white sneaker styles.

Then for the heel-lovers, who says you can’t dress up for the Fourth of July? Just look at Paris Hilton and Elsa Hosk for inspiration. Hosk went with a pair of red thigh-high Fendi boots and a blue Redemption dress for an appearance on “The Wendy Williams Show” in 2017. She completed the look with a white duster that would be the ultimate statement style at any outing this summer.

Meanwhile, Hilton doesn’t shy away from a high heel either. She wore a pair of pumps with a navy striped dress and a red handbag on one occasion and for a DJ appearance, she went full on stars and stripes with a American flag bikini top and matching red heels.

Speaking of USA, Perry is the ultimate red, white and blue style influencer. Over the years, the singer has performed at Democratic conventions in multiple American flag-inspired looks, such as her sequin dress she wore at Hillary Clinton’s presidential campaign in 2016 and the red, white and blue ensemble she wore while performing at the 2013 Kids Inaugural Concert at the Washington Convention Center.

What’s key to dressing for the Fourth of July holiday is deciding how patriotic you want to be. Many celebs have dressed in literal fashion interpretations of the flag, such as Aisha Tyler’s flowing frock she wore at the TCA Summer Party in 2014 or Sophie Turner’s Tommy Hilfiger USA shirt dress.

Or are you aiming to keep it simple? If that’s the case, Reese Witherspoon or Karolina Kurkova should be your go-to. For Witherspoon, she is a fan of simple red strappy sandals paired with a blue and white plaid dress and Kurkova has been spotted in white jeans a red and and blue plaid top with loafers. Both bring casual comfort while remaining on theme.

To see 50 celebrities dressed in red, white and blue, click through the gallery.