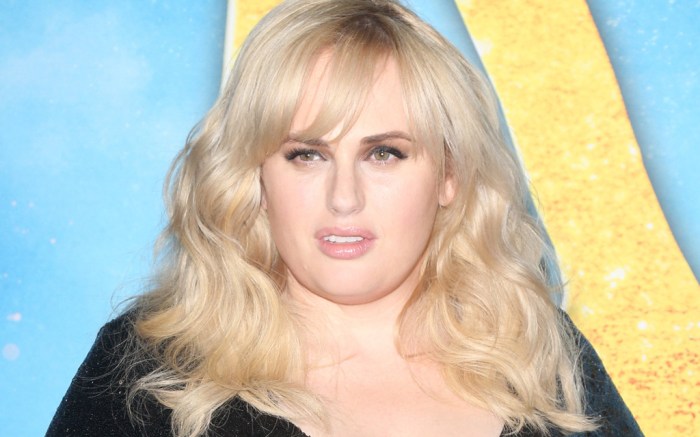 Rebel Wilson showed off her impressive new workout — and it’s not quite what you would expect.

The “Pitch Perfect” actress debuted her “Rebel Fitness” routine aboard a boat in Monaco today and used a handy bottle of Grey Goose vodka as her weight. While going barefoot in a red button-front $1,980 Gucci dress, the star curled, pressed and even ran around with the heavy bottle of alcohol in tow in a humourous take on fitness instructor videos.

Wilson is currently enjoying her time in Monaco following her attendance alongside a list of major stars for the Monte-Carlo Gala For Planetary Health on Sept. 24, one of the first big in-person red carpet events in months. Other attendees included Helen Mirren, Kate Beckinsale and Johnny Depp.

For the occasion, Wilson arrived with her new beau, Jacob Busch, as she modeled an iridescent off-the-shoulder gown from Rene Ruiz Collection by Luis Escudero. The design featured a mix of prints and detailing in a rainbow shade with a floor-sweeping silver base.

Following her attendance at the gala, the “Isn’t It Romantic” actress also made an appearance at an exhibition at the Nouveau Musée National Monaco. Wilson once more showed off her glam style as she debuted a pink plunging dress from Badgley Mischka ahead of the event.

As for Wilson herself, when she isn’t at star-studded events, the Australian actress spent her quarantine working on her fitness and showing off her physique and training routines on social media for her 8.2 million followers to see. Her go-to workout sneakers come from Nike and Adidas in a mix of shades and silhouettes. When it comes to apparel both on and off the gym floor, the “Pitch Perfect” star favors designs from everyone from Gymshark to Emilio Pucci, Nicholas Kirkwood, Givenchy and more high fashion labels.

Click through the gallery to see more stars who have their own impressive lineup of chic workout attire.