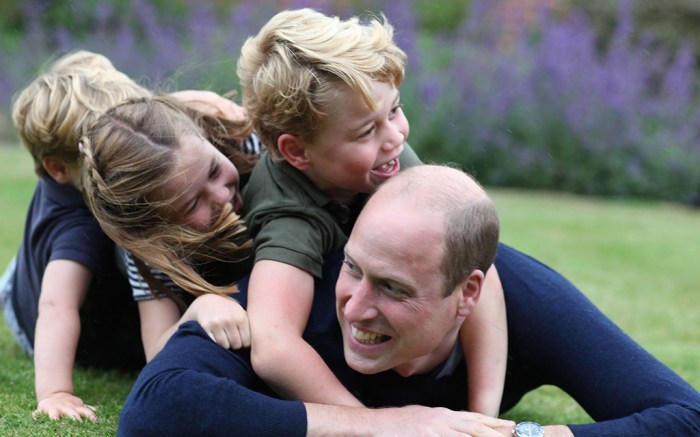 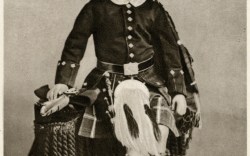 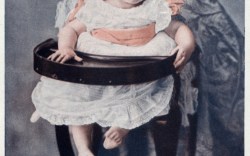 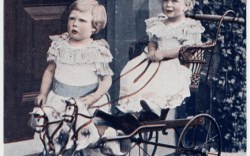 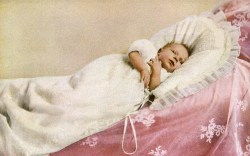 Prince William is celebrating his 38th birthday today — and to mark the occasion, the royal family released a new set of images of the prince with his three children, Prince George (6), Princess Charlotte (5) and Prince Louis (2).

While William and wife Kate Middleton may have a bigger clothing budget than the average parents, the kids weren’t dressed in designer duds — in fact, Louis and Charlotte were both clad in affordable apparel, teamed with accessibly priced Trotters kicks that sell for less than $50.

Prince Louis wore a navy blue Gap cotton polo shirt with a teddy bear embroidered on the chest, along with pale blue shorts. The shirt is available to shop now from Gapfactory.com, where it’s been marked down by 50%, from $15 to $7.50. On his feet, Louis wore Trotters’ Navy Hampton Canvas Nantucket Shoes. Previously worn by Louis’ older brother George, the style is a traditional T-bar canvas shoe, with a natural rubber sole for traction and buckle fastening for a secure fit. The silhouette sells for just $28 on the brand’s site.

Big sister Charlotte took a break from her usual dresses in a more casual style, choosing embroidered denim overalls from John Lewis. The now sold-out style previously retailed for 10 pounds (about TK) and is made of pure cotton, with adorable designs including a flamingo and a zebra. For footwear, the youngster selected Trotters’ Rosa Hampton Canvas Plum Shoes. The retro-style sneakers feature a rubber sole and 100% cotton upper and have no laces. They sell for $36 on the brand’s site.

Meanwhile, William himself sported a dark sweater over a pale blue button-down shirt, which he teamed with blue chinos. George stood behind his siblings in an olive green polo shirt. Similar to other family photos released by the royals, the images were taken by Kate herself at the family home earlier this month.

The Duke and Duchess of Cambridge are very pleased to share a new picture of The Duke with Prince George, Princess Charlotte and Prince Louis ahead of The Duke’s birthday tomorrow. The picture was taken earlier this month by The Duchess.

As the United Kingdom’s restrictions begin to let up following the pandemic, the royal family is easing back into in-person engagements. On Thursday, Kate stepped out in public for the first time since March, dressing down in a blue button-down shirt layered under a $218 Fjällräven olive vest and paired with brown skinny jeans. For footwear, the Duchess of Cambridge selected olive green sneakers with gum soles from Superga, one of her longtime go-to labels. The kicks are currently sold out in women’s sizing but can be purchased from the End Clothing website in men’s sizes for $65.

Click through the gallery to see baby portraits of the royal family, from Queen Elizabeth II through Prince Louis.