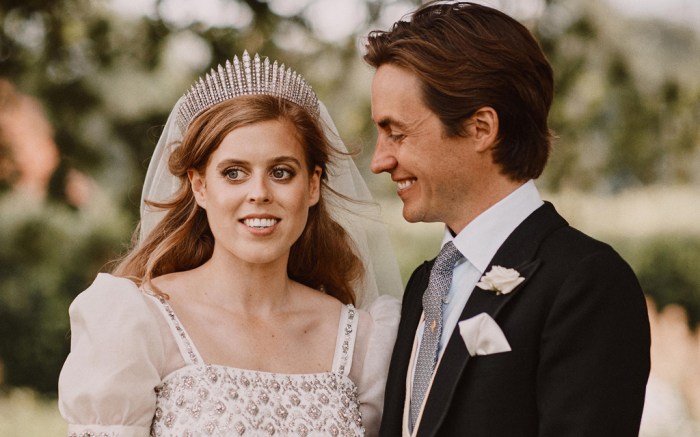 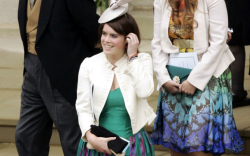 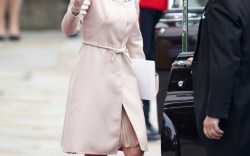 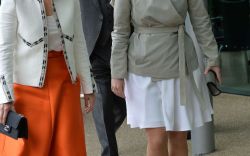 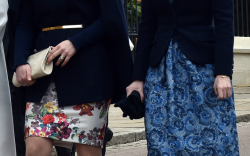 Princess Beatrice of York’s heels may have been her “something old” on her wedding day.

The princess wed Edoardo Mapelli Mozzi in a private ceremony on Friday at the Royal Lodge in Berkshire, England. For her footwear, the Contessa reached into the depths of her closet — choosing heels that she’s not only worn before, but that she’s worn to a wedding before.

Beatrice opted for glistening ankle-strap pumps with a V-cut topline from Valentino. She sported the same pumps for Prince William and Kate Middleton’s wedding in 2011. That day, she went for an all-over champagne look in a Valentino Couture spring ’11 coat with a now-infamous bow-adorned hat from Philip Treacy. Beatrice also sported the same heels at the 2014 wedding of Prince Amedeo.

As for the princess’ “something borrowed,” both her dress and tiara were on loan from Queen Elizabeth II.

Beatrice’s gown was designed by Norman Hartnell, the same designer who crafted Queen Elizabeth’s wedding dress. The elegant dress featured organza sleeves, with diamanté embellishments adorning the geometric bodice. The vintage ivory Peau de Soie taffeta dress was worn by the queen on multiple occasions throughout the 1960s, perhaps most notably at the 1962 charity premiere of “Lawrence of Arabia.”

To complete her look, Beatrice sported the Queen Mary diamond fringe tiara, which Queen Elizabeth herself wore on her wedding day back in 1947. The queen’s daughter, Princess Anne, also sported the tiara to say “I Do” in 1973. It’s uncertain whether Beatrice’s tiara was borrowed as well, or if it was purchased ahead of the ceremony.

Although Princess Beatrice and Mapelli Mozzi were initially expected to exchange vows in May, their wedding was put on hold due to the coronavirus pandemic.  Mapelli Mozzi’s son, Wolfie, was best man and page boy, while Beatrice’s father, Prince Andrew, walked her down the aisle. Other royal attendees including Beatrice’s mother, Sarah Ferguson, as well as guest of honor Queen Elizabeth II and Prince Philip. William and Kate were not in attendance, nor were Prince Harry and Meghan Markle.

Congratulations to HRH Princess Beatrice and Mr Edoardo Mapelli Mozzi! The couple were married in a small private ceremony at the Royal Chapel of All Saints at Royal Lodge, Windsor on Friday 17th July. . Princess Beatrice and Mr Edoardo Mapelli Mozzi celebrated their wedding with their closest family.‬ . The happy couple are pictured with Her Majesty The Queen and The Duke of Edinburgh. . Princess Beatrice wore a vintage dress by Norman Hartnell and the Queen Mary diamond fringe tiara, both belonging to Her Majesty The Queen. The tiara was worn by Her Majesty on her wedding day in 1947. . Photograph by Benjamin Wheeler.

While Beatrice’s Valentino pumps sold out long ago, below we’ve rounded up some still-available heels that provide a similar look.

Click through the gallery for a look at Princess Beatrice’s craziest hats and heels through the years.