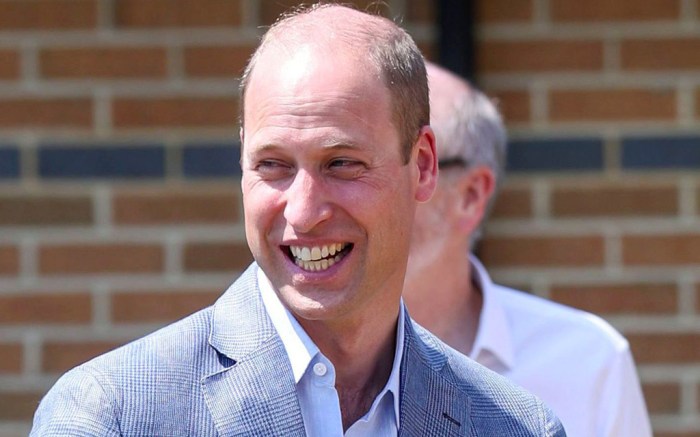 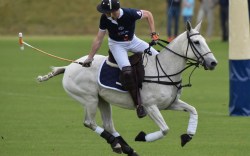 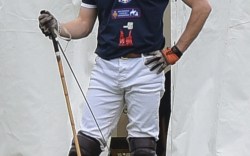 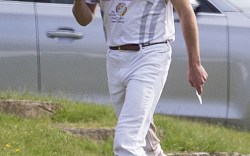 Prince William traded his formal ensemble for a lab coat and face mask as he paid a visit to the Oxford Vaccine Group’s facility at the Churchill Hospital in Oxford, England. The royal heir spent time speaking with staff members on topics of innovation yesterday during the global response to the pandemic; the facility is currently working on and running trials to establish a viable vaccine.

As he arrived outside the facility, Prince William opted for a monochromatic ensemble that teamed a pale blue button-down with a patterned blue blazer and navy trousers.

For his shoes of choice for the outing, the royal family member laced up a set of brown suede brogues with a stacked heel and stitched sole.

Once he entered the facility, though, the prince covered up his stylish ensemble with a proper lab coat, face mask and goggles to check out the company’s advancements.

Before yesterday’s appearance in Oxford, the 38-year-old most recently made a stop in Norfolk to visit a local business with the choice to grab a snack at Smiths the Bakers on June 19. The royal went for a monochromatic ensemble for his outing, teaming a blue button-down top with a navy V-neck sweater and royal blue trousers. His footwear of choice included brown suede boots with contrasting trim around the outsole.

The royal family celebrated the Duke of Cambridge’s birthday with new photos of the prince and his three children taken earlier this month by Kate Middleton. The images showed the royal with Prince George (6), Princess Charlotte (5) and Prince Louis (2) all cuddled up on a swing.

The Duke and Duchess of Cambridge are very pleased to share a new picture of The Duke with Prince George, Princess Charlotte and Prince Louis ahead of The Duke’s birthday tomorrow. The picture was taken earlier this month by The Duchess.