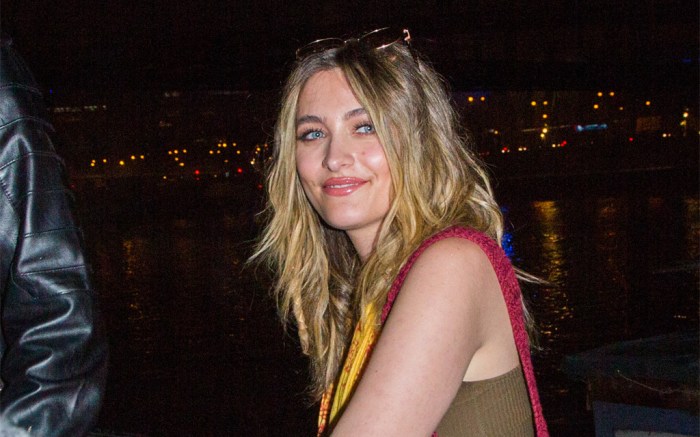 Photographed in black and white, the 22-year-old daughter of Michael Jackson brings her own star power to the Italian fashion house for fall ’20 in a little black dress and Croco print ankle boots. Both Jackson and the brand posted a photo from the shoot on Instagram yesterday.

Jackson previously starred in AGL’s summer ’20 campaign, which was also shot by photographer Paolo Roversi. But the Italian footwear and accessories brand isn’t the only campaign she has modeled for.

The actress, musician and model has appeared in ads for Golden Goose, Calvin Klein and Re/Done x G.H. Bass & Co. She also has attended several fashion shows for labels such as Moschino, Christian Dior and Stella McCartney, in which she sat front row. Jackson has also walked for Jean Paul Gaultier’s final show last January.

Although Jackson can rock a pair of heels from luxury brands such as Balmain, Elisabetta Franchi, and Sophia Webster, while off-duty, the model favors casual shoes from the likes of Golden Goose, Converse, Birkenstock and UGG.

Fans of Jackson’s AGL look can look as glamorous as the typical tomboy with ease by sticking to an all-black form-fitting outfit. Pairing a little black dress with black ankle boots is a universal trend that looks good any season. Fans can also swap out the LBD for a black tank and some dark-wash cigarette jeans.

Croc-embossed booties like the ones Jackson wore for the latest AGL campaign can instantly add a little edge to your wardrobe. The subtle reptile print can bring a chic contrast to any outfit, especially one that is all-black. Below, take a look at a few additional croc booties inspired by Jackson’s latest look.