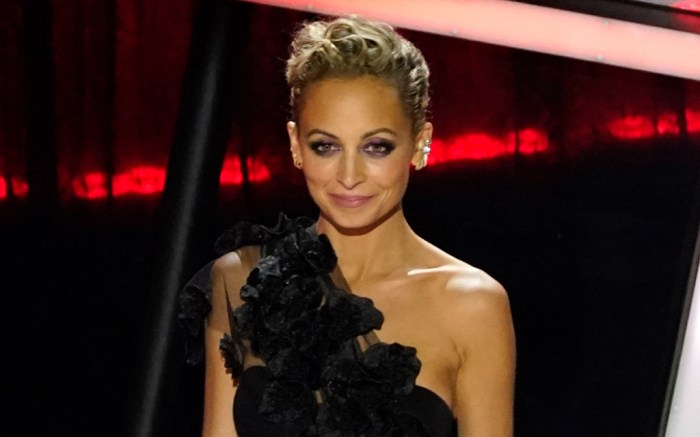 Nicole Richie took the stage tonight at the 2020 Billboard Music Awards in a daring design.

The television personality wowed the virtual crowds in a black, one-shoulder sheer tulle gown complete with three-dimensional floral adornments and a peek-a-boo side cutout to tout; the design came from Christian Siriano in a style he called “petals.”

She completed the ensemble with black platform sandals that peeped out from under the floor-sweeping train of the design.

The stunning @nicolerichie on her way to the @bbmas in Siriano petals looking so fabulous! 🖤🖤🖤 @sweetbabyjamie #bbmas

For the coveted title of Top Artist, the nominees are Taylor Swift, the Jonas Brothers, Billie Eilish, Khalid and Post Malone. Lizzo, DaBaby, Billie Eilish, Lil Nas X and Roddy Ricch are the group up for Top New Artist as well.

New side of Alicia to introduce you to. Nice to meet you. I’m ready 4 tonight at the @bbmas 8pm ET 💎💎💎

Click through the gallery to see the best red carpet looks from the Billboard Music Awards.