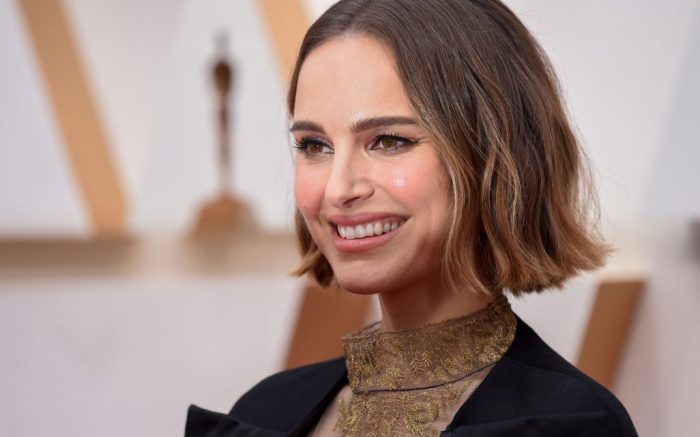 Natalie Portman made a feminist statement with her 2020 Oscars look.

Portman, 38, arrived at Los Angeles’ Dolby Theatre for the 92nd annual Academy Awards wearing a black and gold Dior outfit, a dress and a cape. The “No Strings Attached” actress had her cape embroidered with the names of eight female directors who were not nominated for awards, among them Greta Gerwig (“Little Women”), Lulu Wang (“The Farewell”) and Lorene Scafaria (“Hustlers”).

“I wanted to recognize the women who were not recognized for their incredible work this year in a subtle way,” Portman explained from the red carpet.

There are no women nominated in the Best Director category at this year’s Oscars. The all-male field includes Martin Scorsese (“The Irishman”), Quentin Tarantino (“Once Upon a Time in Hollywood”), Todd Phillips (“Joker”), Sam Mendes (“1917”) and Bong Joon Ho (“Parasite”).

This is not the first time Portman has called out the Oscars for not recognizing women directors. Two years ago, she presented the Best Director award alongside famed director Ron Howard. From the stage, “A Tale of Love and Darkness” director made reference to the lack of female representation in the category, saying: “and here are the all-male nominees.”

Only five women have ever been nominated for Best Director. The only winner is Kathryn Bigelow, who received the honor in 2008 for her work on “The Hurt Locker.”

Flip through the gallery for more celebs on the red carpet the 92nd Oscars.