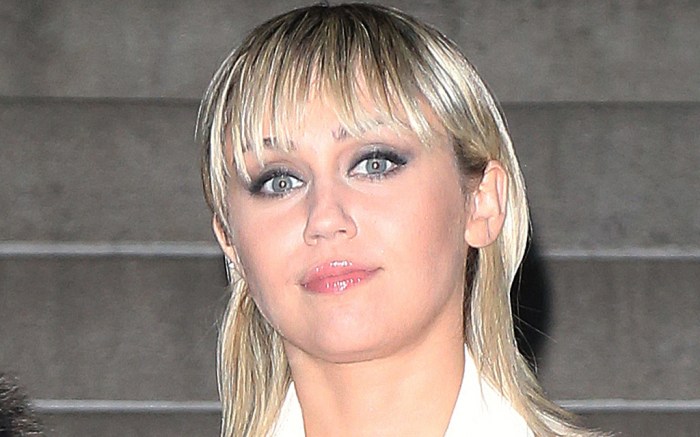 Miley Cyrus created a new interactive way for her fans to channel one of her most iconic performance moments.

The singer launched a traveling “Midnight Sky” truck around Los Angeles, bringing her memorable wrecking balls across the Californian coast for fans to test out. Cyrus herself tested out the lifesize disco balls as seen on her Instagram, sitting atop one in black skinny jeans with a matching tank top and chunky cross necklace.

She then boosted the look with sleek black thin-strap sandals, set atop a towering stiletto heel and a round toe.

In addition to the “Wrecking Ball” songstress, the new moving exhibit garnered attention from a few famous names including Kourtney Kardashian and TikTok star Addison Rae. The duo tested out the bus for themselves in matching little black dresses, kicking off their shoes for their own Instagram photoshoot.

As for Miley Cyrus herself, the “Hannah Montana” alumna is best known for her hit albums and box office films in addition to dipping her toes in the fashion and shoe space. The star made an appearance on the runway at the Marc Jacobs’ fall ’20 show and has also sat front row at shows for top labels such as Tom Ford and Saint Laurent. She also has worked with Converse on a series of pride-filled shoe collections.

Click through the gallery to find even more memorable moments from Miley Cyrus’ impeccable style evolution.