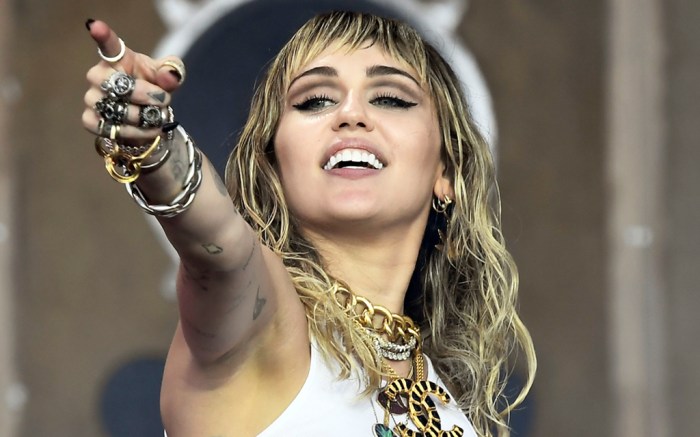 Miley Cyrus is coming back to MTV and doing so in style.

Later in the day Monday, Cyrus then revealed she will be joining MTV Unplugged for a new “Backyard Sessions” special on Oct. 16. As she struts into the frame in her bold zebra look and matching textured pumps, the full teaser video explained that the singer will be covering stripped back versions of her biggest hits with a few surprise guests as well.

ANNOUNCEMENT! 🚨🚨🚨 lemme know your best guess in the comments! @mtv

Miley Cyrus is no stranger to an attention-grabbing ensemble. Most recently, the “Hannah Montana” alumna stepped out in New York in an unmissable look, teaming a red trench coat with black leather trousers and a dramatic wide-brim hat. Joined by mom Trish Cyrus, the singer finished off the outfit with towering platform boots from none other than Christian Louboutin; the Izamayeah pair retails for $1,395 on the brand’s website.

Flip through the gallery to see even more of Miley Cyrus’ best looks throughout the years.