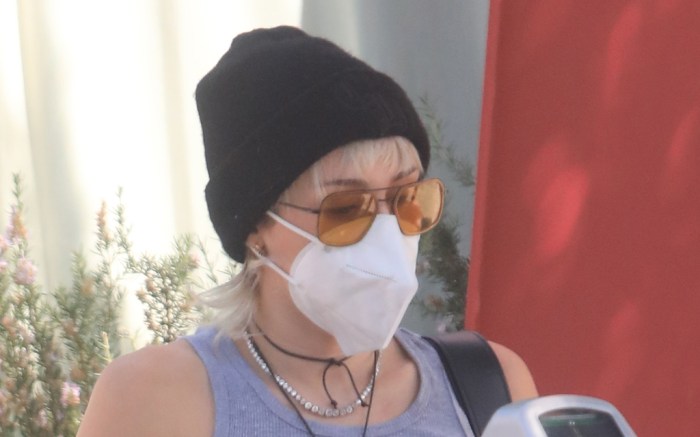 Miley Cyrus brought back a major footwear trend from her past for an outing in Los Angeles this week.

The “Hannah Montana” alumna ran a few errands across the Californian city yesterday in a slouchy gray tank top matched to ash gray wide-leg trousers. She accented the look with retro yellow shades, boho-chic jewelry and an animal-print tote bag.

On her feet, Cyrus drew inspiration from her country roots in a set of square-toe boots. The Western-inspired pair featured a geometric front with a metallic silver tip and smooth black uppers, all set atop a chunky block heel.

Most recently, Cyrus added Christian Louboutin to the mix, teaming pumps from the French fashion house to a black bodysuit with a glittering belt and sheer black tights.

Click through the gallery to see even more of Miley Cyrus’ impressive style evolution throughout the years.