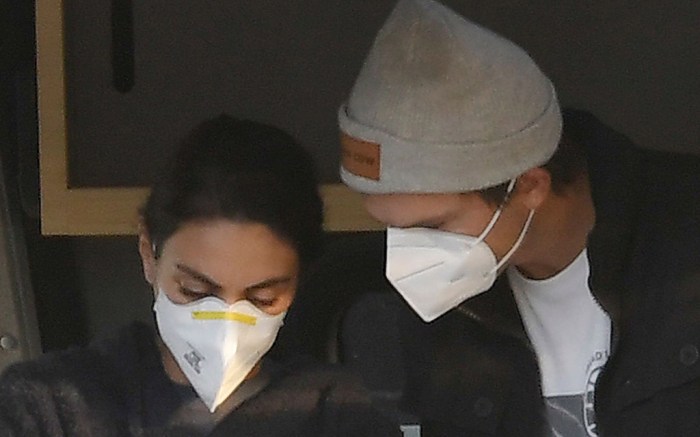 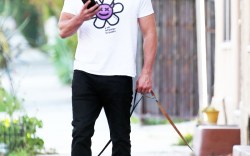 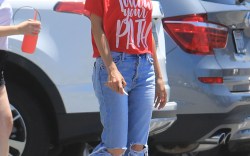 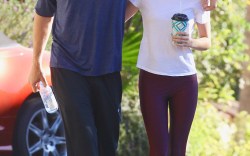 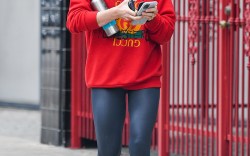 Mila Kunis and Ashton Kutcher prepped for a potential holiday on the road as they checked out their new camper van this week.

Exploring the inside of their Mercedes van, the married couple showed off their comfy-chic off-duty attire in Los Angeles on Wednesday. While the duo matched in N95 masks, Kunis opted for a fuzzy sweater layered over navy joggers; Kutcher then decided on a black shacket to keep warm in his graphic T-shirt, chinos and soft gray beanie.

When it came to footwear, both stars ditched their designer kicks and instead opted for athletic-chic sneakers. Kunis’ all-black pair featured a signature Nike Swoosh whereas Kutcher tapped New Balance, the 2020 FNAA Athletic Brand of the Year, for his footwear of choice.

The design bears resemblance to the Boston-based label’s Fresh Foam 860v11 sneakers, a run-ready design featuring a signature foam midsole for cushioning and support. Topped off with an Ultra Heel design for a snug fit, similar colorways to Kutcher’s gray and black choice retail for $130 at NewBalance.com.

When he isn’t in New Balance kicks, the “Two and a Half Men” actor opts for another prominent footwear brand: Allbirds. In April, Kutcher star properly protected himself with a face mask and gloves as he waited outside the restaurant for his food. Wearing a backward red cap, he layered a Superorganism sweatshirt over a yellow t-shirt, Under Armour athletic shorts and a set of royal blue striped leggings.

The 42-year-old actor gave his ensemble an environmentally-friendly boost by wearing a set of all-black Allbirds. The brand’s signature Wool Runners has been ranked as carbon-neutral, as the company recently announced the launch of its carbon footprint initiative, a calculation that measures the carbon output of each of its products.

Sustainable footwear is a growing trend among stars across all industries and across many brands. The Allbirds Wool Runner is a favorite of Cindy Crawford, Jennifer Garner and Matthew McConaughey. Brands like Kenneth Cole, Veja, and Adidas have created their own eco-friendly shoes while companies including Native Shoes and Rothy’s provide completely vegan footwear.

Click through the gallery to discover more stars who love their Allbirds sneakers just like Ashton Kutcher.