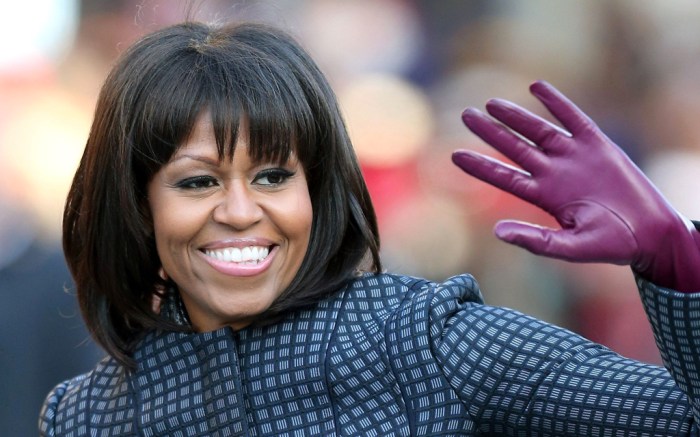 Netflix is giving viewers an unprecedented look into the life of Michelle Obama with its new “Becoming” documentary.

The 1.5-hour-long special debuted today and tells the story of the former first lady from her days as a youth in Chicago to her time in the White House to life after her husband’s presidency. The cameras follow the now best-selling author across her 34-city tour in 2018 into 2019 with guest appearances from her daughters Malia and Sasha as well as Oprah Winfrey, Reese Witherspoon and more.

Obama’s legacy includes numerous campaigns like Let’s Move!, encouraging children to embrace a healthier lifestyle, and the Let Girls Learn initiative, which is dedicated to increasing access to education for girls. Beyond her endless charitable actions and positive influences, the “Becoming” star also turned into a style icon across her eight years in the capital.

As viewers look back on Michelle’s life in the documentary, you can’t forget about her memorable looks from both of Barack Obama’s inaugurations in 2009 and again in 2013.

In 2011,  Michelle broke out another unforgettably chic pair of shoes in her bright red pumps for an interview with Oprah Winfrey alongside her husband.

Almost nine years after that iconic interview, Winfrey and Michelle joined forces together again for “Oprah’s 2020 Vision: Your Life in Focus” tour stop in New York. Michelle teamed bright blue pants from Elie Saab with a rainbow-striped button-down top and $895 Jimmy Choo Fetto mules, which feature a mesh upper that resembles a pair of fishnet tights

Of course, who could forget Michelle’s bright yellow Balenciaga knot-dress paired to glimmering Balenciaga boots from her 2018 interview with Sarah Jessica Parker.

Michelle echoed a similar shade of yellow at the National Portrait Gallery alongside Lin Manuel Miranda in December 2019. The Schirapelli gown included crystal beading and a bustier-style top.

Click through the gallery to see more of Michelle Obama’s most impeccable ensembles.