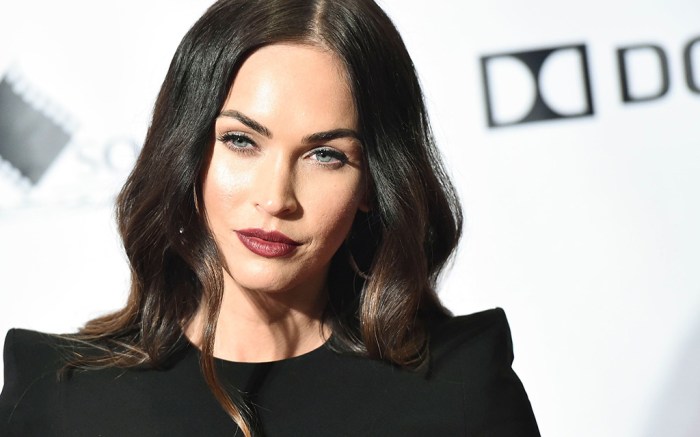 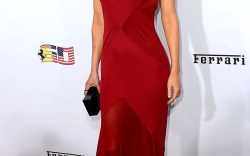 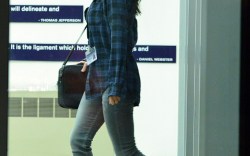 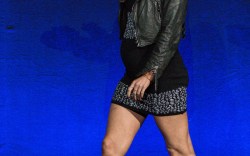 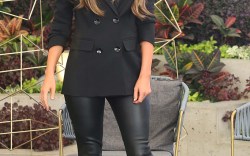 Since Megan Fox broke out onto the scene in 2007 with her role in “Transformers,” the actress has been in the spotlight. And while she has made few public appearances showing off her fierce outfits in recent years, Fox was once a front row and red carpet regular.

The star was seen at the Armani fashion show in Paris in 2009 and again in 2010 in Milan, for instance. At the time, Fox was the face of Armani Beauty, and she appeared in the spring 2011 Emporio Armani Underwear and Emporio Armani Jeans ad campaigns.

In addition to Armani, Fox had been spotted at other shows throughout the years, including Versace in 2008. Most recently, she was seen taking her turn on the catwalk at the Liverpool Insurgentes department store’s Fashion Fest fashion show in Mexico City in 2017.

Though Fox is known for her movie roles, she’s stayed in sync with the fashion industry as a Frederick’s of Hollywood brand ambassador and stakeholder since 2016. Her lingerie collection hit Forever 21 stores in 2018. Plus, her shoe collection has always been on point.

The “Jennifer’s Body” star could often be seen in designer heels such as Christian Louboutin, Jimmy Choo and Casadei. In the early 2010s, Fox was also a fan of towering stilettos and platform styles.

As of late, however, she can be seen in more wearable looks such as wedges and block-heeled sandals during appearances, and sneakers and boots when she’s off the red carpet.

The mom of three has been in the news this month after an old Jimmy Kimmel clip resurfaced over the weekend. In a 2009 interview, Fox described having to dance for “Transformers” director Michael Bay in a bikini at age 15 when she was an extra in “Bad Boys II,” which Kimmel and the audience laughed off. This prompted fans to take to Twitter arguing that this was just one example of the mistreatment Fox has endured over her career from Hollywood and the general public as she was often sexualized in film and in the media. Twitter started trending with #MeganFox talking about her much-needed comeback.

Most recently, Fox can be seen starring in Machine Gun Kelly’s latest music video, “Bloody Valentine.” She is also slated to star in multiple films this year and in 2021, including “Murder In the Switchgrass” with Bruce Willis, as well “Big Gold Brick,” which means more potential red carpet fashion moments from the star.

To see more Megan Fox’s statement style through the years, click through the gallery, and keep scrolling to shop shoe styles inspired by the actress.