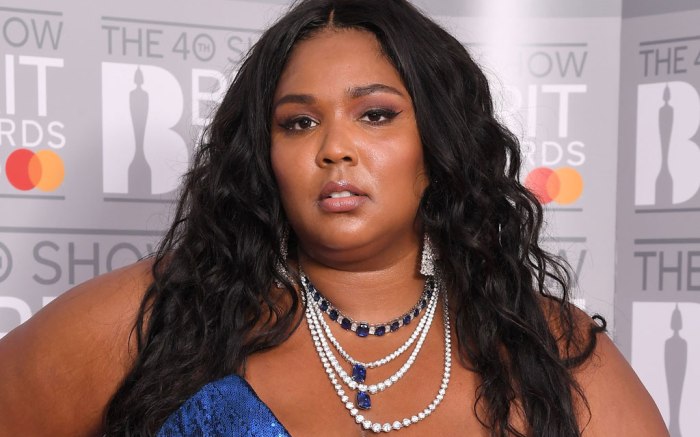 Lizzo let fans have a glimpse into her fitness regimen yesterday.

Taking to TikTok, the “Good as Hell” singer shared a video of herself going through the motions of an intense workout routine, including jumping rope, pedaling an exercise bike and doing squat jumps.

Throughout the video, Lizzo changed outfits numerous times. The “Cuz I Love You” songstress matched Adidas leggings with neon accents to a neon green crop as well as a cropped workout shirt. She also chose a monochromatic look with a black tank top and matching Reebok leggings. Additionally, Lizzo was seen riding her bike while clad in a bluish-gray Nike outfit. Throughout the video, the star chose functional black gym shoes for footwear.

In a caption on her post, the body positivity advocate shared a message for “fat shamers,” writing “if you’re not a fat shamer… keep scrolling… ok now that all the fat shamers are here 🧚🏾‍♀️✨.” The “Like a Girl” performer’s video received more than 800,000 likes, and it has been viewed more than 2.2 million times by TikTok users.

While Lizzo’s workout looks aren’t especially extravagant, the “Truth Hurts” entertainer is known to push the bounds with her red carpet style — making a statement with bold clothing, shoes and accessories. For instance, at the 2019 Met Gala, the A-lister chose an eye-catching pink feathered Marc Jacobs look complete with a neon wig. Several months later at the 2019 American Music Awards, she made headlines with her teensy-tiny Valentino handbag (paired with an orange minidress and Stuart Weitzman square-toe sandals).

To get Lizzo’s sneaker look, consider shopping one of the styles we’ve rounded up below.

To see more photos showing how Lizzo’s style has evolved throughout her career, click through the gallery.

In an incredibly challenging year, Soles4Souls has continued to create sustainable jobs and provide relief in 2020.
Learn More

In partnership with Soles4Souls