Kylie Jenner’s Halloween Costume Throws It Back to the 1990s 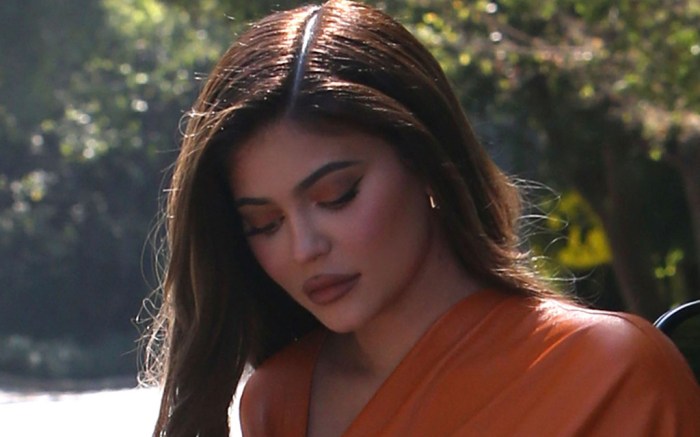 Kylie Jenner unveiled her first of expectedly many Halloween looks to come for 2020.

The beauty mogul joined her friends for a group costume last night, recreating the iconic Power Rangers squad from the original 1990s series with their own twist. Kylie herself served as the Red Ranger in a look that included a form-fitting crop top and leggings set with an in-character belt and a standout red wig to tout.

As for footwear, the Kylie Cosmetics founder made sure to boost the look with towering heels in the form of sleek white pointed-toe booties.

When it comes to Halloween, Kylie Jenner does not hold back. The beauty mogul takes the holiday by storm wearing the boldest Halloween costumes that include everything from Disney Princesses to Playboy Bunnies.

In 2019, the 23-year-old channeled her best Ariel from “The Little Mermaid” in a shell bralette with fishnet sleeves; she matched the top to a scale-coated green skirt to resemble a mermaid tail and invisible PVC pumps.

Beyond her own successful beauty carer with her Kylie Cosmetics line, the youngest Jenner sister herself has held multiple gigs in the sneaker world. She formerly served as a brand ambassador for Puma before joining forces with Adidas in August 2018, exclusively wearing Three Stripes styles in campaigns and across social media.

When she isn’t in sneakers, the “Keeping Up With the Kardashians” star favors everything from Giuseppe Zanotti zebra sandals to Yeezy PVC pumps matched to apparel from Balmain, Bottega Veneta and Marine Serre amongst other top brands.

Whether you need them for your Halloween look or just everyday style, make sure your closet has a pair of white booties for your next fall ensemble.

Click through the gallery to see more of Kylie Jenner’s chic style evolution over the years.