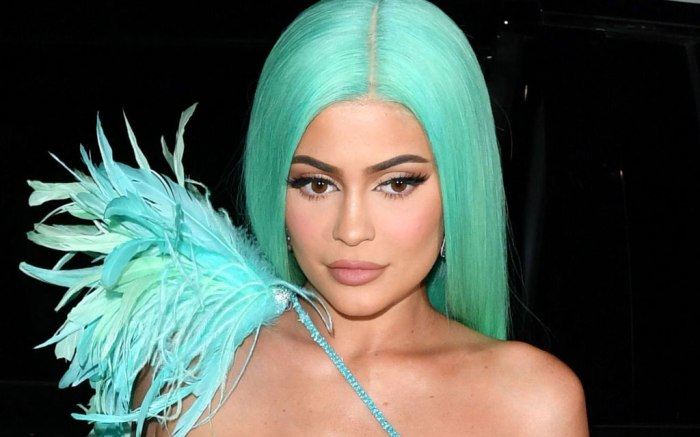 Kylie Jenner is facing a wave of Twitter backlash.

A tweet showing screenshots from the makeup mogul’s Instagram account, posted Sunday, has gone viral. The tweet points out that Jenner posted an image of herself in $1,480 mink-trimmed Louis Vuitton slippers shortly after posting about the Australian wildfires. Expected to burn for months longer, so far more than 200 fires have scorched millions of acres of land and the animal death toll, including some 25,000 koalas and several other vulnerable and endangered species, has risen to about half a billion in the state of New South Wales alone.

Netizens found the juxtaposition of Jenner’s posts hypocritical, arguing that it was odd to feel sad for animals dying in the fires while wearing shoes made from real fur. The post, created by Twitter user @Lithunium_Snow, garnered over 423,000 retweets and more than 1.2 million likes.

Other Twitter users were in agreement with @Lithunium_Snow, weighing in with similar assessments of their own. One user called her “disconnected from reality,” while others compared Jenner to a clown.

meanwhile kylie jenner posting her 1100 dollar REAL FUR slippers right after her “heart was broken” about animals being killed…. imagine being this disconnected from reality pic.twitter.com/EKOKtbPNMA

kylie jenner really posted an insta story crying abt the animals in australia and then posted a picture of her real mink fur slides straight after ,,,, 🤡 circus time booboo

kylie jenner really thought she was doing something when she posted being heart broken about half a billion animals dying in the australia fires and then proceeded to post a picture of her louis vuitton real mink fur slippers pic.twitter.com/qgQni9hcpH

kylie jenner really out here posting about her wearing a footwear made out of animal fur straight after crying over animals being killed… pic.twitter.com/RmQw2sp78z

Jenner doesn’t seem to have lost followers on her Instagram as a result of the backlash, with her follower count staying at around 156 million.

The billionaire also isn’t taking a break from the photo-sharing platform in light of the incident, as she posted a series of stories yesterday as well as two grid posts.

In the first photo on the grid, Jenner wears a gray sweatsuit with blue and white Colette x Air Jordan 1 sneakers, a somewhat surprising choice since she is an Adidas ambassador. In the second post, the Kylie Cosmetics founder sports a fishnet Dior catsuit with see-through Aquazzura pumps.

come through and chill 💛💙