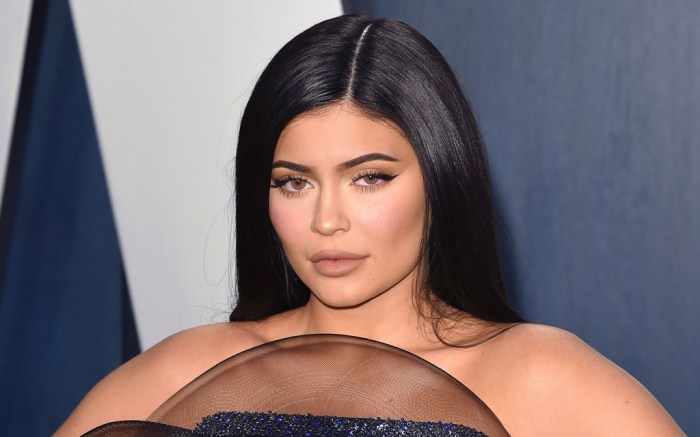 The beauty mogul shared a photo of herself in a private jet wearing a laid-back look that included a leather jacket and a pair of gray sweatpants. Aside from her bold purple crocodile Hermès Birkin bag, the real attention-grabber of the ensemble was her sneakers.

The 22-year-old donned a set of Travis Scott’s Nike sneakers with the tip featuring a khaki version of a bold pattern used on the Nike Air Force 1 x Cactus Jack. The unhemmed printed panels are layered over an intricate plaid quarter patch and a khaki toe box, topped with rope-like laces. The recognizable “Cactus Jack” branding is emblazoned on the tongue as well.

When “Astroworld” rapper dropped a selection of his Nike SB Dunk Low sneakers via Shop.travisscott.com, the pairs quickly sold out with their original $150 price tag. Now on resale site StockX, pairs resell from $1,029 up to $4,000.

Jenner herself previously was a brand ambassador for Adidas. Their partnership started in August 2018 but the “Keeping Up With the Kardashians” star led fans to believe her contract with them recently expired by wearing a series of sneakers from Nike, including an Air Jordan 1 and the “What The” Nike SB Dunk Low. FN reached out to Adidas and a spokesperson said they could not confirm nor deny the terms of Jenner’s contract. Complex reports that a source revealed her Adidas contract ended on Dec. 31, 2019.

Click through the gallery to see more of Kylie Jenner’s bold shoe styles.