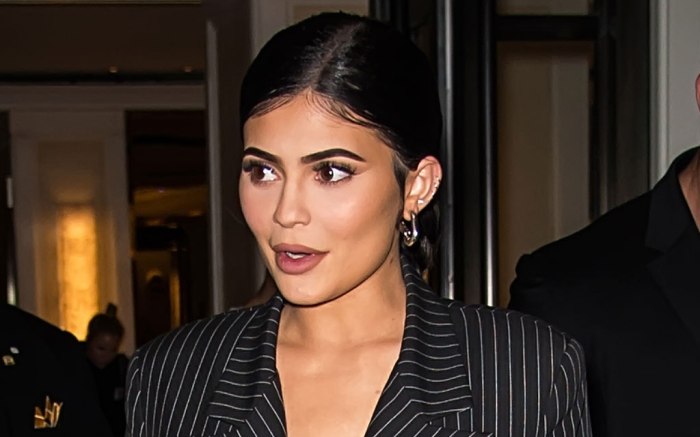 Kylie Jenner brought a new take on the monochromatic trend.

The 22-year-old posed wearing a beige turtleneck sweater over a matching ribbed ankle-length skirt, joking yesterday in her Instagram caption: “my chairs match my sweater.”

She finished off her cozy ensemble in a COS sweater with a belted Chanel bag and a pair of lace-up black combat boots. Chunky military-style shoe silhouettes were a popular choice among influencers and stars last year. In fact, the Dr. Martens 1460 boot won the Shoe of the Year award at the 2019 FNAAs.

Jenner posted a photo of herself in a long-sleeve dress with a bright yellow hairdo with a matching handbag. She referenced Justin Bieber’s new song “Yummy” in the caption, which gained her a heart-eyes emoji comment from her friend and Bieber’s wife, Hailey Baldwin.

Jenner’s career started with reality TV, but has proven to be a savvy entrepreneur. She created a billion-dollar beauty business, which, according to Forbes, makes her the youngest self-made billionaire in the world.

Click through the gallery to see Kylie Jenner’s style evolution throughout the past decade.