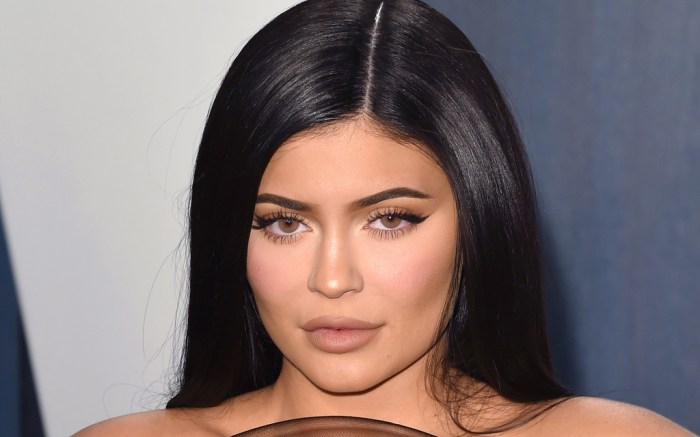 Kylie Jenner went for a retro-inspired look for her beachside adventure last night.

The media personality headed to the shore in a black-and-white number, as seen on her Instagram Stories. The bandana-style dress with its flowy skirt and knotted neckline comes from designer Dion Lee and is available on sale for $693 at Farfetch.com, 30% off its original retail price of $990.

Jenner continued the ’90s-inspired look with white-frame sunglasses and a set of white sneakers courtesy of Off-White and Nike.


The Kylie Cosmetics founder opted for rare Off-White x Nike Air Force 1 sneakers that exclusively debuted at ComplexCon in 2017, in honor of the silhouette’s 35th anniversary. The low-top style boasts a metallic Swoosh design laid over white leather uppers and a chunky foam tongue. Accented with signature Helvetica font across the medial side and midsole, the shoe was part of Nike’s Air Force 1 AF100 pack that also included an Air Force 1 Low by Travis Scott, an Air Force 1 Low by Roc-A-Fella, a Lunar Force 1 by Acronym and an Air Force 1 High by Don C.

Equipped with designer Virgil Abloh’s signature hangtag and orange tab, the Off-White x Nike Air Force 1 retailed originally for $150, but now resells for anywhere from $5,000 to $12,781 on resale sites such as StockX and GOAT.

On top of creating her own uber-successful Kylie Cosmetics beauty line, the youngest Jenner sister also has had multiple gigs in the sneaker world. She formerly serving as a brand ambassador for Puma before linking up with Adidas in August 2018, exclusively wearing Three Stripes styles in campaigns and across social media.

At the start of 2020, though, the celebrity posted photos of herself wearing a series of Nike sneakers, leading fans to speculate that her contract with Adidas had expired. Since then, Kylie has continued wearing rare Swoosh-adorned kicks, including rare Nike Air Yeezys and SB Dunk Lows from Travis Scott’s collaboration.

While Kylie Jenner’s sneakers may be hard to find, you can recreate her look at home with these more affordable options.

Flip through the gallery to see even more of Kylie Jenner’s boldest statement footwear styles over the years.